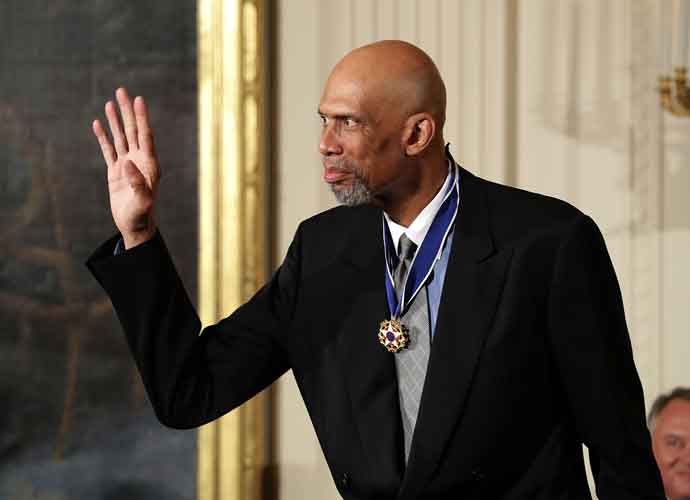 The inaugural Kareem Abdul Jabbar Social Justice Champion award has it’s finalists, and they’re forward Carmelo Anthony, forward Harrison Barnes, guard Jrue Holiday, forward Tobias Harris and forward Juan Toscano-Anderson, the NBA announced Friday. The award is named after one of the best big men of all time and a surefire top-10 player ever in Jabbar. The award is given out to the player who best embodies Abdul-Jabbar’s message of civil rights, Black empowerment and racial equality.

These five finalists were selected from a list of 30 nominees, with one from each team. The prize they receive is a $100,000 award that the league will donate to a social justice-focused organization of the winner’s choosing, and the four semi-finalists will receive $25,000 donations.

The social change fund was created by Anthony and his good friends Chris Paul and Dwyane Wade in July 2020. The fund is an investment organization that strives to address the social and economic issues facing Black communities, including voting, housing and education.

Barnes’ reason for being a potential award winner is because he worked with Be.Woke.Vote, a get-out-the-vote campaign aimed at historically disenfranchised young people. Barnes also pledged $200,000 to organizations and foundations that combat police brutality and racial inequality, including the family foundations of slain Black men and boys, including Trayvon Martin, Botham Jean, Michael Brown, Tamir Rice and Jordan Davis.

Holiday, whom some might consider the favorite for this award due to the fact that he won the league’s Joe Dumars Trophy for sportsmanship last week, established the Jrue and Lauren Holiday Social Impact Fund in response to the COVID-19 pandemic and global anti-racism protests after the murder of George Floyd.

Harris, through his own fund, the Tobias Harris Charitable Fund, awarded $300,000 to The Fund for the School District of Philadelphia to recruit teachers from historically Black colleges and universities, and created the Tobias’ Top Teachers program, which funds professional development workshops and purchases classroom supplies for teachers to help recruit and retain Black male educators.

Toscano-Anderson established the Journey to Achieve Foundation to help people of color in the Bay Area, Santa Cruz, California, and Mexico.

If you’re looking for when and where the winner of the award will be announced, it’ll be before Game 4 of the Eastern Conference finals.