FanDuel Refuses To Honor Broncos Bet For $82K Due To System Error - uSports.org 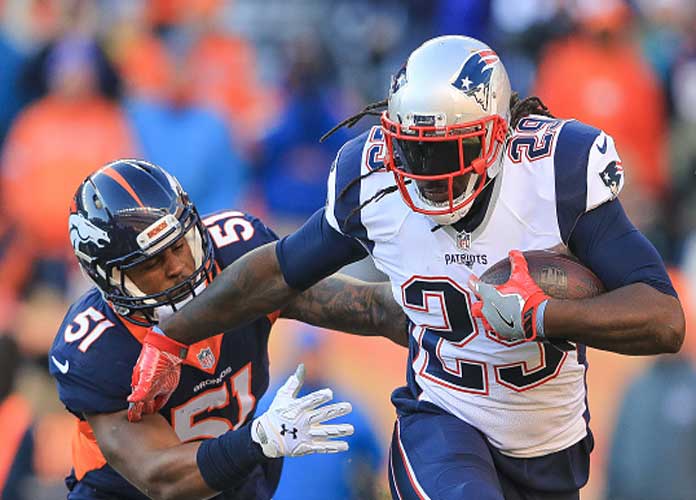 DENVER, CO - DECEMBER 18: Running back LeGarrette Blount #29 of the New England Patriots rushes as inside linebacker Todd Davis #51 of the Denver Broncos attempts a tackle in the first quarter of a game at Sports Authority Field at Mile High on December 18, 2016 in Denver, Colorado. (Photo by Sean M. Haffey/Getty Images)

New Jersey resident was denied $82,000 in winnings after FanDuel discovers an error in their live-odds feed.

FanDuel Refuses to Honor Bet for $82K After System Error

With around 1:10 left in the AFC West showdown between the Denver Broncos and the Oakland Raiders on Sunday afternoon, Garden State bettor Anthony Prince made his way to the counter of FanDuel Sportsbook at Meadowlands Racetrack and placed $110 on the Broncos to win.

NumberFire, a sports data company owned by FanDuel, set the Broncos at 38.96 percent chance to win and FanDuel’s pricing system had the Broncos at a staggering +75,000 to win.

The Broncos continued to march down the field, and with 0:08 seconds left remaining on the clock Broncos kicker Brandon McManus drilled a 36-yard field goal to push Denver to a 20-19 victory.

When Prince made his bet at the window, he was handed a FanDuel Sportsbook ticket that listed the Broncos at 750/1 with a payout of $82,610. When Prince went to claim his winnings, FanDuel refused to pay him, allegedly telling Prince that the bet was void because of an error in their system.

“They said their system had a glitch in it and they’re not obligated to pay for glitches,” Prince said.

We are aware of the issues and are actively working on a fix. We apologize for any inconvenience.

FanDuel mistakenly changed the live feed betting odds for Sunday’s game after the Broncos moved into the red zone for their game-winning field goal. FanDuel said it meant to list Denver as a -600 favorite but an error in the oddsmaking process accidentally made the Broncos +75,000 underdogs to win.

“The wager in question involved an obvious pricing error inadvertently generated by our in-game pricing system. Specifically, near the end of the Sunday afternoon game between the Denver Broncos and the Oakland Raiders, the odds for the Broncos (who had the ball and were trailing by two points at the time) to win were +340 (bet $100 to win $340). The next play, the Broncos completed a 26-yard pass to position themselves to attempt a 36-yard field goal to take the lead in the final seconds of the fourth quarter, clearly positioning the Broncos as the favorite to win. At that moment in the game, our system updated the odds and erroneously posted a price of +75,000 on the Broncos to win the game (bet $100 to win $75,000) when the correct odds for the Broncos to win the game at that point in time were -600 (i.e., bet $600 to win $100). A small number of bets were made at the erroneous price over an 18 second period. We honored all such bets on the Broncos to win the game at the accurate market price in accordance with our house rules and industry practice, which specifically address such obvious pricing errors. We have reached out to all impacted customers and apologized for the error.”

As a consolation, Prince said FanDuel offered him $500 and skybox tickets to three Giants games instead. Prince declined to take FanDuel’s offer and plans to hire an attorney.

“A small number of bets were made at the erroneous price over an 18-second period,” FanDuel said. “We honored all such bets on the Broncos to win the game at the accurate market price in accordance with our house rules and industry practice, which specifically address such obvious pricing errors. We have reached out to all impacted customers and apologized for the error.”

The New Jersey Division of Gaming Enforcement is also investigating the matter.