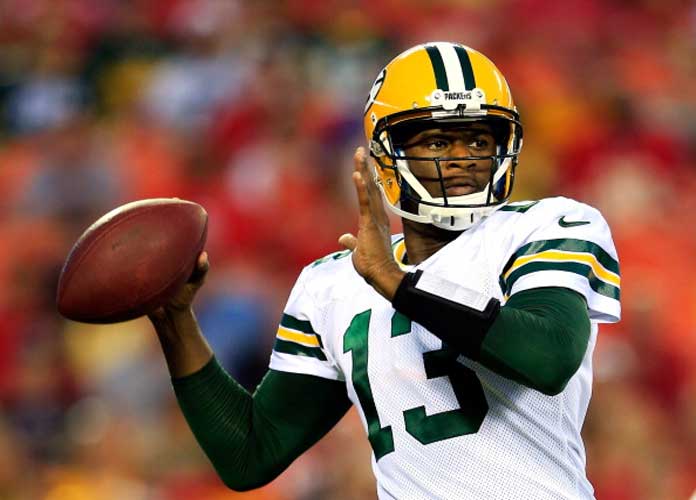 Vince Young is hoping to make a comeback career in the NFL.

The former Texas and Tennessee Titans quarterback has hired agent Leigh Steinberg to help him find a new team in the league.

Vince Young has a desire to play more football. He signed on with sports agent Leigh Steinberg! Good luck VY!

Young, 33, hasn’t played in a regular season game since 2011, when he threw four touchdown passes and nine interceptions for the Philadelphia Eagles. The former first-round pick has since then spent time with the Buffalo Bills, Green Bay Packers and Cleveland Browns, but has never made it past the preseason.

Chosen as the third-overall pick in the 2006 draft by Tennessee, Young had his moments under center for the Titans. Compiling a 30-17 record, Young threw 42 touchdowns and 42 picks in Tennessee before later starting three games for the Eagles.

The QB announced his retirement from the NFL in 2014.

Off the field, Young pleaded no contest and was sentenced to 18 months of probation last month for a 2016 drunk driving arrest in Austin, Texas, according to The Associated Press. He currently works for the University of Texas promoting diversity and community engagement.

One team in the Canadian Football League, the Saskatchewan Roughriders, seem open to potentially giving Young an opportunity:

Time will surely soon tell where the former star ends up.