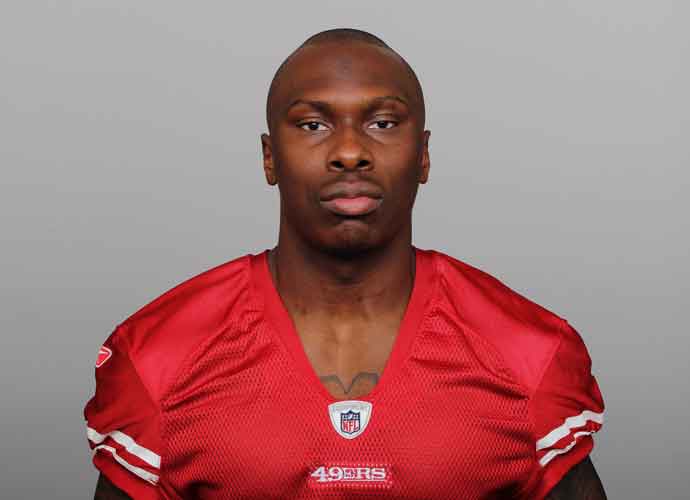 SAN FRANCISCO, CA - CIRCA 2011: In this handout image provided by the NFL, Phillip Adams of the San Francisco 49ers poses for his NFL headshot circa 2011 in San Francisco, California. (Photo by NFL via Getty Images)

Former NFL player Phillip Adams fatally shot five people, including a prominent doctor, before eventually turning the gun on himself.

“There’s nothing about this right now that makes sense to any of us,” York County Sheriff Kevin Tolson said Thursday afternoon at a news conference. “We are working hard to provide some answers.”

The York County coroner’s office said that Dr. Robert Lesslie, 70, and his wife, Barbara Lesslie, 69, along with grandchildren Adah Lesslie, 9, and Noah Lesslie, 5, were pronounced dead in their Rock Hill home.

James Lewis, 38, who had been working at the home, was found shot dead outside the house. Lewis was working at the home for a company that specializes in air conditioning, roof and heating repair, police said. Robert Shook, 38, was hospitalized with serious gunshot wounds.

York County Sheriff’s Office’s spokesperson Trent Faris said that 911 calls started coming in at around 4:45 p.m. A man identifying himself as a supervisor for the repair company said one of his employees called him screaming that he’d been shot and that a second employee wasn’t moving, the man told 911 operators in a call played by authorities during a news conference.

Deputies arrived at Lesslie’s home and evacuated neighbors from their homes as they searched for the suspect.

Tolson told reporters that police found the two repairmen in the yard of the home. Lewis was pronounced dead at the scene while Shook was taken to a hospital where he is in critical condition.

After searching for the Lesslie family, police eventually found them together in a room towards the back of the house. All were dead on arrival according to Tolson.

Tolson added that there was evidence that tied Adams to the shooting, though he would not elaborate. One source said anonymously that Adams was a patient of Dr. Lesslie.

When police contacted Adams’ family, they found out that he lived nearby. Allison Hope, who lives across from Adams’ family home, said that police allowed her to return to her home at approximately 9 p.m. on Wednesday night. Moments later, a vehicle pulled into the driveway, and police swarmed the house.

Hope said that police spent hours negotiating with the former NFL player using a loudspeaker. Law enforcement repeatedly asked Adams to come out and promised to get his disabled mother out safely. After hours of uncooperative behavior, police were able to evacuate Adams’ parents from the house as they surrounded the perimeter in an attempt to force the former NFL player into surrendering. No shots were heard from the home, but police found Adams dead inside of a self-inflicted gunshot wound.

Police recovered two weapons, a 9 mm handgun and a .45-caliber handgun. Police are still searching for a motive.

“All of us who knew Philip are shaking our heads. He struggled away from the game. I tried to get him to come to Texas. I was going to find him a job, but he wouldn’t leave South Carolina because he had a son. He was a good father,” Adams’ former agent Scott Casterline said. “Seeing Philip shoot two kids, it’s not him. I can’t fathom it. It’s devastating for the victims and the families.”