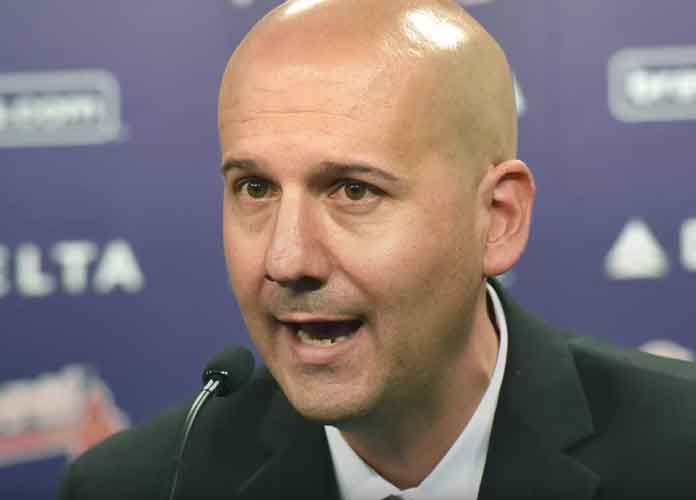 Former Atlanta Braves manager John Coppolella was banned for life by Major League Baseball, and the club lost 13 prospects on Tuesday following violations of international signing rules during Coppolella’s two years in charge, from 2015 to 2017.

Gordon Blakeley, a former Braves special assistant who was the team’s international scouting chief, was suspended from baseball for one year by commissioner Rob Manfred.

The sanctions leave Atlanta unable to bargain at full strength for any top Latin American prospects until 2021.

According to Manfred, MLB’s investigation revealed the Braves funneled extra signing bonus money to five players in 2015-16 by allotting the funds first to another player considered a foreign professional under league rules and having the money redistributed to the other five.

If the money had been counted for the other five, the Braves would have exceeded their pool by more than 5 percent and been limited to signing bonuses of $300,000 or under for international amateurs through June 15, 2019.

Here’s how Baseball American ranked these four prospects within the 2016 class of international free agents:

In total, the Braves take a $16.48 million loss in bonuses given to prospects who will no longer be with the team.

The 13 lost prospects get to keep their bonuses from the Braves, must acquire new representatives and will be allowed to negotiate as free agents with other teams from Dec. 5 through Jan. 15.

“As we expressed last week, our organization has not lived up to the standard our fans expect from us and that we expect from ourselves,” the Braves said in a statement of apology. “For that, we apologize. We are instituting the changes necessary to prevent this from ever happening again and remain excited about the future of Braves baseball.”

Coppolella, 38 — who had been with the Braves since 2006, when he became their director of baseball operations — has not commented on the situation.

In 2016, the Boston Red Sox lost five players and were banned from signing international rookies for one year as punishment for rules violations on signing bonuses.