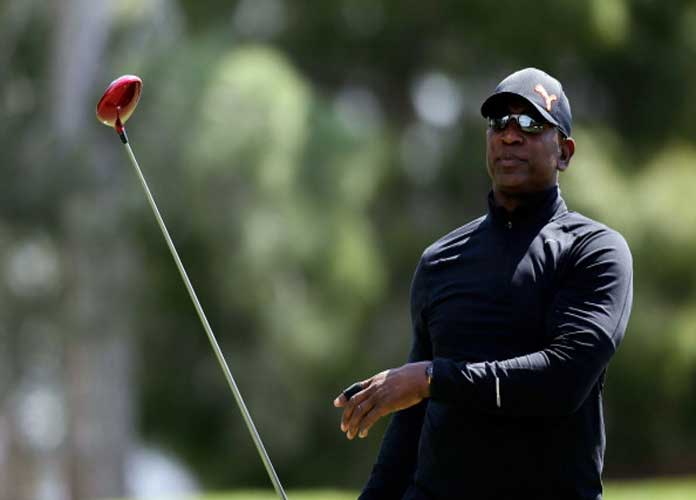 Former Los Angeles Rams running back Eric Dickerson said Monday evening that the team’s coach, Jeff Fisher, had personally banned him from the sidelines for criticizing the team.

Dickerson, a Hall of Famer who played with the Rams from 1983-87, told ESPN on Monday that Fisher had said he didn’t want the former rusher on the sideline during games because some of his public comments have made players “uncomfortable.”

Fisher and another Rams executive denied having expressed this message to Dickerson.

Kevin Demoff, the team’s chief operating officer, tweeted: “All Rams alumni, and especially Eric Dickerson, are always welcome at our games and practices. I have reached out to Eric to see where a miscommunication may have occurred and to clear up any confusion over his presence at games.

“Most importantly I want to make sure he knows that he is a valued member of [the] Rams’ NFL family. We all share his love for our team and our fans.”

Despite all this, Dickerson said he vowed to Fisher that he would never attend a Rams game as long as Fisher is the team’s coach.

“I won’t be at the Coliseum as long as Fisher is coaching,” Dickerson reiterated Monday. “I’m a man of my word, and if I tell you something, I’m going to do it.”

Dickerson, 56, rushed for 7,245 yards in 65 games during his four years with the Rams. He was then traded to the Indianapolis Colts midway through the 1987 season, but remained a fan of the organization upon retirement.

Nevertheless, Dickerson hasn’t minced words about the Rams’ faults. He has harshly criticized the offensive line, talked openly about how boring the offense can be and evened questioned the credentials of quarterbacks coach Chris Weinke, who he doesn’t believe has earned the right to coach a No. 1 overall pick in Jared Goff.

Demoff reportedly called Dickerson on Monday to try to set the record straight, but Dickerson was at a barbecue and didn’t answer. He said that he would return Demoff’s call on Tuesday.

The Rams will next visit the New England Patriots on Sunday.