Endurance Racewalker Yolanda Holder On How She Got Her Start, Her Race Strategy [VIDEO EXCLUSIVE] - uSports.org 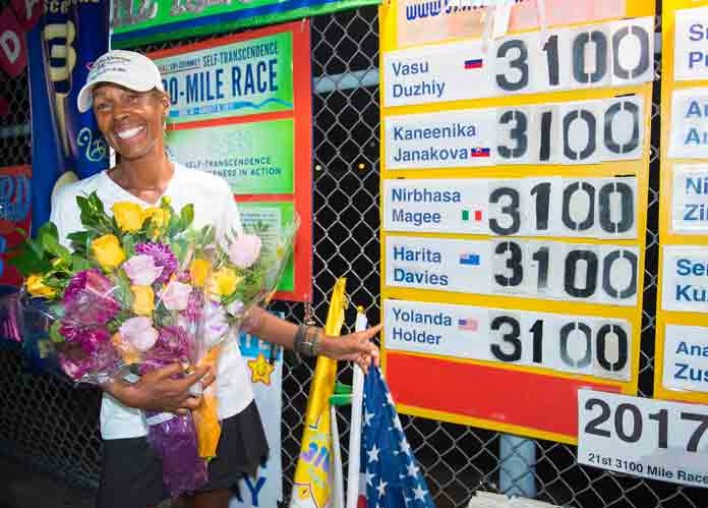 Endurance Racewalker Yolanda Holder On How She Got Her Start, Her Race Strategy [VIDEO EXCLUSIVE]

Champion endurance racewalker Yolanda Holder, who has competed in dozens of foot races, including a recent 3,100-mile trek, wants to the world to learn about her sport.

Yolanda Holder, The ‘Walking Diva,’ On Her Start And More

The 59-year-old resident of Corona, California — nicknamed the “Walking Diva” for her stylish competition apparel — sat down with uSports for an exclusive interview in which she detailed her beginnings as a racewalker, her strategy during a race, and her diet, among other things.

“I became interested in [racewalking] nine years ago,” Holder told uSports. “For my 50th birthday, I wanted to do something different, so I set out to do 50 marathons in 50 weeks but I didn’t accomplish that. I ended up doing 65 marathons in 52 weeks, and I continued on and as of today, I haven’t stopped.”

Holder — a mother of two who is also a motivational speaker — recently completed the 52-day Sri Chinmoy Self-Transcendence in Jamaica, Queens this past summer. The 3,100 Mile marathon is believed by organizers to be the longest foot race in the world, and its total length exceeds the distance between New York and Los Angeles. Holder looked comfortable while wearing a bright pink tank top from the Sri Chinmoy for her interview with uSports.

The race is organized by the followers of the Indian spiritual leader Sri Chinmoy, who died in 2007.

Holder went on to explain that after finishing 77 ultra-marathons in 2009, she contacted Guinness to see if she could be featured in their famous Book of World Records. She revealed that a woman in Italy named Angela had at that point set the global record for most marathons in a year with 100 such races in 2002. Holder decided to break that record and she achieved her objective — twice. She completed a whopping 106 marathons in 2010 and then shattered her own record by walking 120 marathons in 2012.

Shen then relayed an anecdote about a suggestion a friend of hers made in 2014. “A friend of mine who is also a power-walker, he asked me to participate in the World Ultra Championships in Alaska, and he said ‘I want you to do a six-day race,'” she recounted. “I said, ‘Are you kidding me? My best time in a 100-miler is 30 hours! And you want me to walk for six days straight?’ It took him about a month to convince me. I went to Alaska, competed with the best ultra-marathon runners from around the World. I finished tenth overall and third female after running 400 miles in six days, and that’s how I got started with long-distance racing.”

Holder was a first-time participant in this year’s Sri Chinmoy Self-Transcendence race, a competition held every summer in which runners circle a single block for more than seven weeks straight, 18 hours a day, breaking only between midnight and 6 a.m. to sleep. The course is merely a half-mile loop around Queens’ Thomas A. Edison Career and Technical Education High School that entrants circle more than 100 times a day.

“My main strategy is I got to sleep,” says Holder of her tactic for major competitions. “In my head I thought, ‘This is going to be heaven,’ because doing a six or ten-day race, you had to figure out when you were going to sleep. I thought to myself ‘I get six hours!’ Well, it didn’t work like that. I didn’t get to sleep until 1:30, then had to get up at 4:30, so I only really got about 3 to 3.5 hours of sleep each night.”

With regards to her diet, Holder said she typically ate every mile (2 laps). “We had these little cups and we would just have two or three tablespoons and this would slow down my speed,” she said. “People were also bringing me all these cakes, cookies and other sweet foods because i was getting so thin that I needed to put some pounds back on and get my calories up.”

Of roughly 540 distance races, Holder has failed to finish only five times, she said. She has suffered though a stomach virus, blisters, sprained ankles and broken ribs.

When asked about how she feels about her alias as the “Walking Diva,” Holder first explained the origin of the phrase and then said that she owns it: “When I got the name I belonged to a club called the Marathon Maniacs, and I joined the club back in 2007 and back then we all had nicknames. At the time, I always wore tennis skirts, I would wear my hair down and designer sunglasses, and some people would say ‘You look like a diva!’ So that’s how the name came about. I like to make working out and walking fun and fashionable.”

Holder was also kind enough to reveal her personal motto: “I walk, you run, we both get it done.” 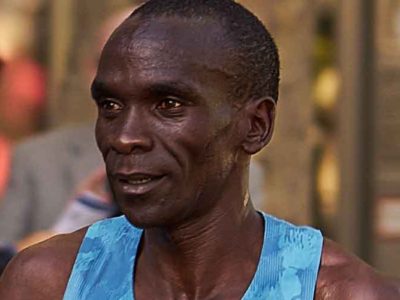