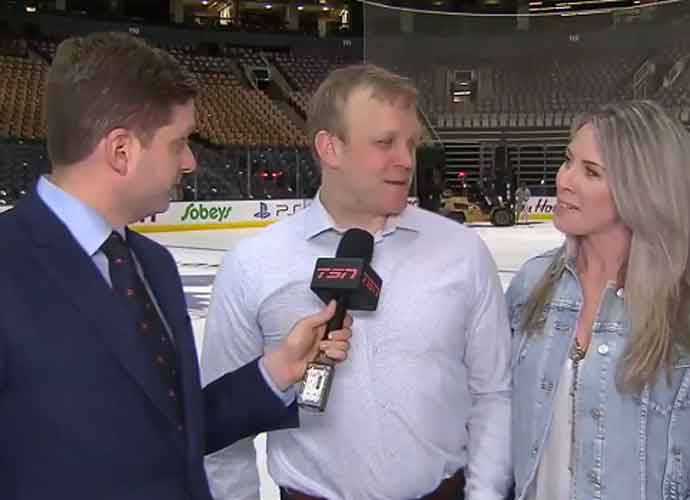 An unlikely hero emerged for the Carolina Hurricanes in their 6-3 win over the Toronto Maple Leafs. When both of their goaltenders left with injuries, 42-year old Dave Ayres came in as the emergency goaltender.

Ayres is a Zamboni driver and arena maintenance worker for Toronto’s AHL affiliate, the Toronto Marlies. He has been the regular practice goaltender for the Marlies and has also made appearances at the Maple Leafs practices and skills sessions. He was available to either team if needed.

The first two shots Ayres faced went in, but after gathering himself, he stopped the final eight shots in succession.

“Obviously, that second period was a little shaky, but I told the boys in the dressing room, ‘Once we come out for the third, I’ll be settled down and ready to win this one,'” Ayres said.

Ayres was paid $500 for the game, as per NHL rules. He was allowed to keep his game-worn jersey and was greeted by his team-for-the-night in the locker room postgame.

A memory we'll all have forever pic.twitter.com/LUxqs8o3Wr

Ayres is now heading to Raleigh on Tuesday night to sound the warning siren before the Hurricanes take on the Dallas Stars.

The Hurricanes will start selling shirts with Ayres’ name and the number 90 on it. He will receive royalties and a portion of the proceeds will also go to a kidney foundation in his honor.

Ayres’ hockey career was derailed in 2004 when he underwent a kidney transplant. His mother, Mary, was his donor.

The Hurricanes lost goaltenders James Reimer and Petr Mrazek in Toronto due to injuries and have called on Anton Forsberg and Alex Nedeljkovic from the AHL to play in their place.