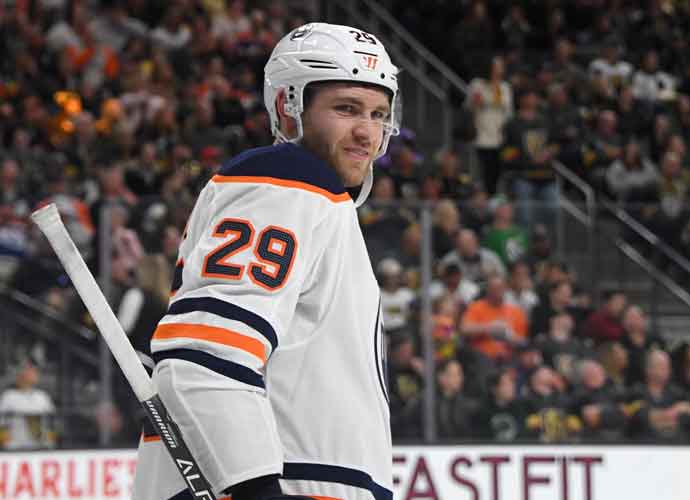 LAS VEGAS, NEVADA - FEBRUARY 26: Leon Draisaitl #29 of the Edmonton Oilers takes a break during a stop in play in the second period of a game against the Vegas Golden Knights at T-Mobile Arena on February 26, 2020 in Las Vegas, Nevada. The Golden Knights defeated the Oilers 3-0.

On Thursday, the NHL’s 2020 season awards were announced with Edmonton Oilers forward Leon Draisaitl winning Most Valuable Player. Draisaitl scored 110 points and dished out 67 assists, leading the Oilers to a 71-37 record, good for fifth-best in the Western Conference. He joins Dirk Nowitzki as the second German-born player to win MVP in a major North American sport.

Draisaitl finished ahead of Colorado Avalanche center Nathan MacKinnon and New York Rangers winger Artemi Panarin in voting, while also beating out his teammate, and widely considered the best hockey player in the world, Connor McDavid. “I think Connor and I have a very healthy, great, competitive relationship, and we just try and make each other better every day,” Draisaitl said.

The Oilers had a disappointing end to their season, getting knocked out by the Chicago Blackhawks in the qualifying round. The Oilers have actually drafted three of the past four Hart winners. In addition to Draisaitl and McDavid, former Oilers forward Taylor Hall won the Hart while with the New Jersey Devils in 2018.