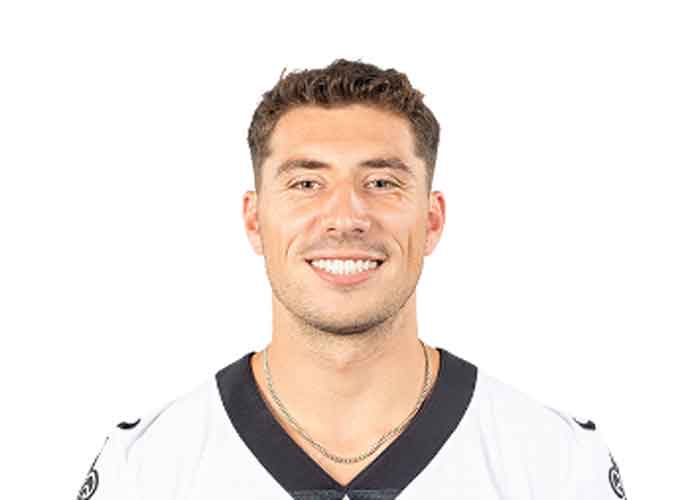 The Philadelphia Eagles claimed quarterback Ian Book off waivers on Tuesday, adding a third quarterback to their roster behind Jalen Hurts and Gardner Minshew.

The fourth-round pick in the 2021 NFL Draft was cut by the New Orleans Saints earlier in the day.

Coming out of Notre Dame in 2021, many viewed Book as a play caller with severe limitations, chiefly struggles with accuracy and decision making. Former Saints coach Sean Payton saw enough upside to take a chance on the young thrower following Drew Brees’ retirement, but with Payton gone at the end of last season, a future in New Orleans became unlikely for Book.

After two poor showings in the 2022 preseason, Book actually played solidly in the team’s last game against the Los Angeles Chargers, completing 11 of 15 passes for 81 yards and a touchdown. It wasn’t enough to justify his position as the third quarterback on the team, however, and New Orleans cut him soon after.

Jameis Winston and Andy Dalton are the only remaining quarterbacks on the team’s roster.

While the Saints seem comfortable without Book as their QB3, the Eagles leapt at the opportunity to take Book in the same role. Executive Vice President and General Manager Howie Roseman stressed the importance of taking the extra quarterback, even as teams cut down their roster to 53 players for the regular season.

“We will have a third quarterback for sure,” Roseman said.

In the 2021 regular season, Book only made one appearance on Dec. 27 in a disaster scenario for the Saints, as Winston was already out for the season while second- and third- string quarterbacks Taysom Hill and Trevor Siemian couldn’t play due to COVID-19 protocols. Book was dreadful against the Miami Dolphins, throwing for 135 yards, no touchdowns and two interceptions in a 20-3 defeat.

At Notre Dame, Book threw for 8,948 yards and 72 touchdowns in four years with the team. He had his best season in his junior year when he threw for 3,034 yards and 34 touchdowns and led the team to the College Football Playoff.

In 2020, he finished ninth in Heisman voting.