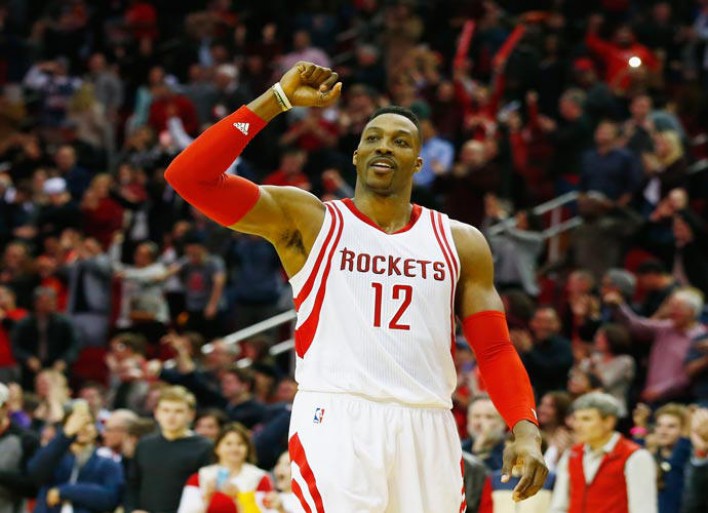 HOUSTON, TX - JANUARY 10: Dwight Howard #12 of the Houston Rockets celebrates after the Rockets defeated the Indiana Pacers 107-103 in overtime during their game at the Toyota Center on January 10, 2016 in Houston, Texas. (Photo by Scott Halleran/Getty Images)

Houston Rockets center Dwight Howard has a season free throw percentage of 53.2 percent with a career percentage of 57.3 percent. This means that Howard is not the most efficient when it comes to shooting from the foul line.

During a recent Rockets practice, Howard thought that he could quiet critics by doing a trick shot. The shot took place from the opposite foul line from where he was shooting. He also shot it under-hand and with his back to the basket. Howard ended up making the shot with ease with his teammates screaming in the background in disbelief.

Howard currently has a 14.2 PPG and 12.0 RPG ranking for the 2015-16 season. Next game for the Rockets is against the Clippers in Los Angeles.

Photo: HOUSTON, TX – JANUARY 10: Dwight Howard #12 of the Houston Rockets celebrates after the Rockets defeated the Indiana Pacers 107-103 in overtime during their game at the Toyota Center on January 10, 2016 in Houston, Texas. (Photo by Scott Halleran/Getty Images)