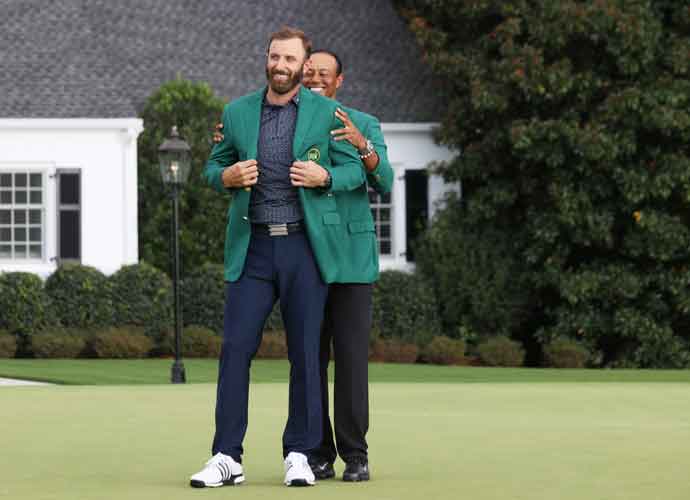 The PGA Tour lost one of its biggest stars on Tuesday as Dustin Johnson has officially resigned from the tour and will play in LIV Golf events and major championships in the future. The former Masters’ champ has made his decision effective immediately saying, “For right now, I’ve resigned my membership on the tour and I’m going to play [LIV] for now, that’s the plan,” Johnson said at a press conference for one of LIV’s events this week.

Dustin Johnson has announced his resignation from the PGA Tour. He plans to play only LIV golf events and majors.

He’s now ineligible to play in the Ryder and Presidents Cups. pic.twitter.com/7WI0ITbPEk

Johnson said that he had thought over his decision over the last six months and felt this was the best decision for him and his family. “At that time, I was committed to playing the PGA Tour,” Johnson said. “I’m very thankful for the PGA Tour and everything it’s done for me. I’ve done pretty well out there for the last 15 years. But this is something that was best for me and my family. It’s something exciting and something new.” This announcement comes as a surprise as Johnson previously stated in February that he was committed to the PGA Tour.

Saudi-financed LIV Golf International Series has poached a number of high-profile golfers from the PGA Tour. It is rumored that they offered Johnson around $125 million to join the upstart league. Johnson joins fellow golfers Kevin Na, Sergio Garcia, Branden Grace and Charl Schwartzel in their decisions to leave the PGA.

As for the upcoming major, Commissioner Jay Moynahan had released a statement saying that golfers could not golf in both leagues simultaneously, essentially barring LIV golfers from participating in major championships, however, Johnson’s 2017 U.S. Open win earned him a 10-year exemption into the competition while his 2020 Masters victory earned him a five-year exemption into both the Open Championship and PGA Championship. It is unclear whether or not the USGA will bar players from participating in the major championships at the time.

“I can’t answer for the majors, but hopefully they’re going to allow us to play, obviously I’m exempt for the majors, so I plan on playing unless I hear otherwise,” Johnson said regarding his plan.
Johnson has earned a total of $74.2 million during his 15-year tenure with the PGA Tour.