Duke Are Heaviest No. 1 Favorites To Win NCAA Tournament Since 2014-15 Kentucky Wildcats - uSports.org 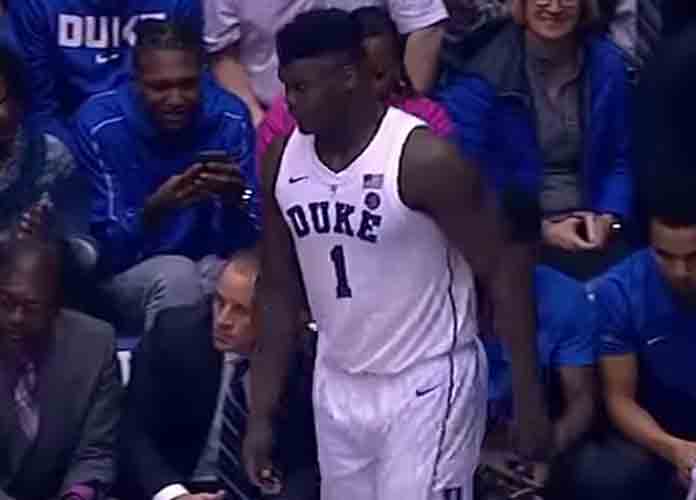 Duke Are Heaviest No. 1 Favorites To Win NCAA Tournament Since 2014-15 Kentucky Wildcats

The Duke Blue Devils that field Zion WIlliamson, Cam Reddish and RJ Barrett are the heaviest favorites to win the 2019NCAA Championship since the 2014-2015 Kentucky Wildcats.

That team, led by Karl-Anthony Towns, Devin Booker and Willie Cauley-Stein, went undefeated in the regular season before falling in the final four to No. 3 Wisconsin.

If the Blue Devils don’t come out of March Madness as champions, billions of dollars will be won by bookmakers and millions of brackets will be busted. More money was bet on the school to win the national title than any other team across the nation this season. Roughly one-in-five bets, 19%, bet on the NCAA Championship at William Hill U.S. sportsbooks is on Zion and company.

Duke is seeded as No. 1 in the East region. Multiple sportsbooks have them at 2-1 odds. However, the Kentucky team was near to even odds before they bowed out prior to the national championship game.

Fellow No. 1 seeds Virginia, Gonzaga and North Carolina are all close to Duke in the odds. Virginia, who last year made history by being the first No. 1 seed to be eliminated in the first round, has 6-1 odds. Gonzaga and the Tarheels both are listed at 8-1. After those four, odds jump up into double digits. Kentucky, Michigan, Michigan State and Tennessee make up strong dark horse teams.

However, if Virginia does win this year, Vegas will pay out heavily. In January, MGM Sportsbooks took a “near six-figure” bet on the Cavaliers to win the title. At the time, the team had 12-1 odds.

ESPN reports similar trends. In the 1.3 million completed brackets on their website, close to 54% of entries picked Duke as the winner. North Carolina was the second-most popular choice, picked to win it all in 11.5% of brackets.