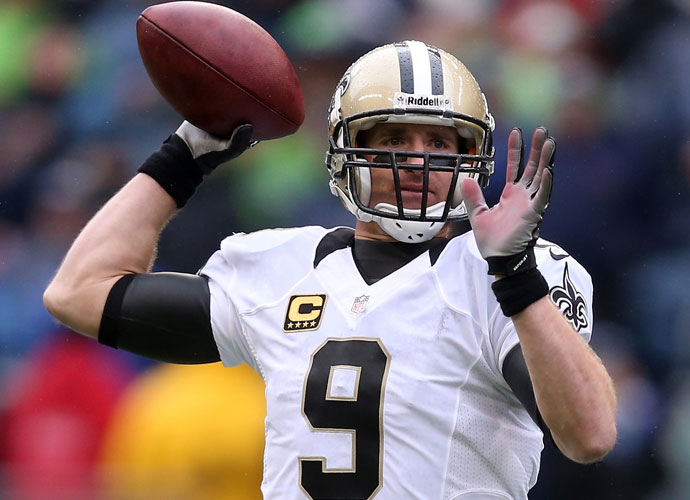 New Orleans Saints quarterback Drew Brees walked into NFL history as well as won his team’s first game for the 2015 season in one throw during Sunday night’s primetime game against the Dallas Cowboys. After being out for two weeks with a rotater cuff injury, the former Super Bowl MVP found running back C.J. Spiller on the second play of overtime for an 80-yard touchdown that had the Superdome on its feet for the victory.

After a missed field goal by New Orleans kicker Zack Hocker to win the game in the fourth quarter, Brees was able to find Spiller on the sideline who ran it all the way to Dallas’s goal zone for the winning touchdown. When the game was over, Spiller ran over to Brees and gave the ball to him knowing he had reached the milestone. “I told him, ‘Brother, you deserve it,'” Spiller said. “He’s probably the best team-mate I’ve ever played with – just his preparation. He deserves it.”

With this touchdown, Brees is now fifth on the all-time passing touchdown list, with current Denver Broncos quarterback Peyton Manning topping the list with 536 touchdown passes. “I did think to myself, maybe God intends for No. 400 to be the one that wins this game,” Brees said. “I guess I was aware of it and kind of made that part of my thought process. ‘You know what? We’re going to go out and win this game.'”

It’s back to business for the 1-3 Saints next week for when they play the Eagles at 1 p.m. next week in Philadelphia.