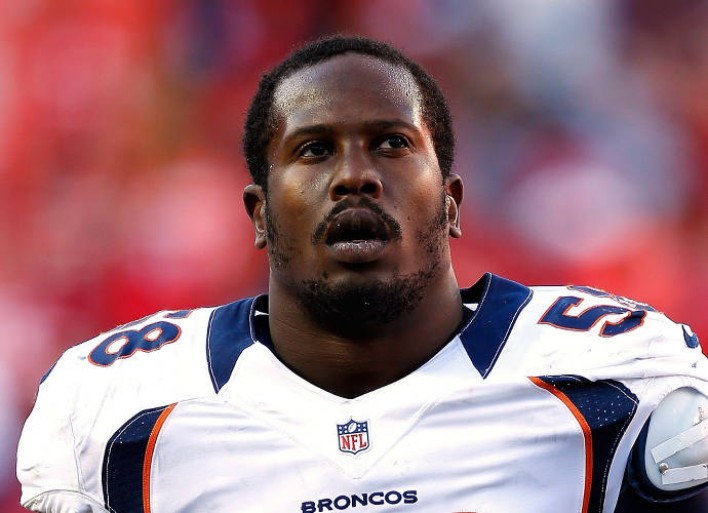 In a crushing blow to the Denver Broncos, just five days before their season debut, star pass rusher Von Miller injured his ankle in what was described as a freak injury. Now, he could miss the entire 2020 NFL season. The eight-time pro bowler reportedly hurt his ankle on the last play of the practice. After getting an MRI, the team is still evaluating. He will likely need surgery to help his ankle heal. There was an outpouring for Miller on social media including teammate Bradley Chubb.

God got you brotha! @VonMiller https://t.co/vSgH4iO7va

The Broncos, a franchise that is used to being in contention, had some hope heading into this season after several mediocre years following their 2015 Super Bowl – a game where Von Miller won Super Bowl MVP. This is a massive blow to a team that was hoping to make a playoff appearance and now there they will have to rely more heavily on their offense headlined by second-year quarterback, and the subject of much debate, Drew Locke.

Miller reportedly had a fantastic offseason. “I just tried to change that, and I tried to work as hard as I possibly could,” Miller said of his offseason work. “I didn’t take any days off, I didn’t go on any vacations, and I didn’t do anything but work out, grind and reinvest all the time that I would usually spend on endorsements. I just reinvested that time back into myself.”

The Broncos are still evaluating Miller’s MRI but right now things are not looking good for the star linebacker.