Denny Hamlin Wins Darlington 310 In The Rain For His Second Win Of The Season - uSports.org 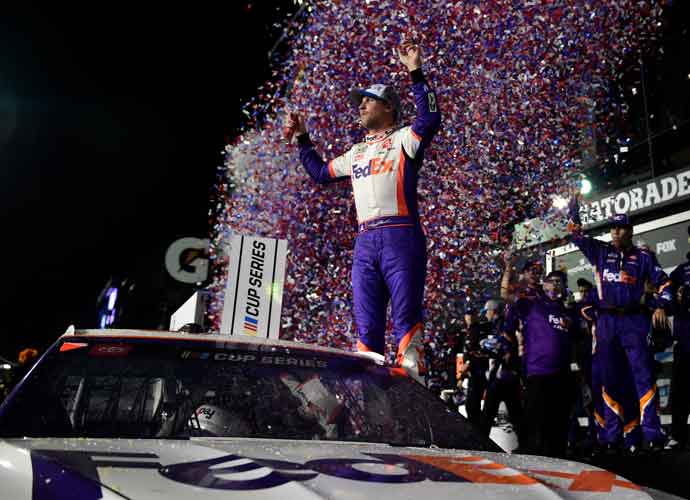 NASCAR held its first race on a Wednesday since 1984. This is all because the schedule has been shuffled around since the season was paused due to the coronavirus. Wednesday’s race was ultimately cut short by 20 laps due to rain, but in the end, it was Denny Hamlin coming out victorious.

The race was held at Darlington raceway, the site where Kevin Harvick won the first NASCAR race since the season resumed on Sunday. For Hamlin, the win was his second of the season, with the first coming at the Daytona 500, and Hamlin is now the second racer with two victories this season, tying him with Joey Lagano.

The race did not come without its controversy, as with eight laps to go, Kyle Busch caused Chase Ellitot to crash, bringing out the caution flag. This led to an altercation between Busch and Elliot’s respective teams, and once the race was called after a minor rain delay, Busch took the opportunity to apologize in both an interview and on Twitter. “There’s no question I made a mistake and just misjudged the gap,” he said. “They’re upset. They’re mad. I’m not just going to fix it and we’re going to go have ice cream tomorrow. They’re going to dwell on it, and I’m sure there are repercussions of it I’m going to have down the road.”

I want to apologize again to Chase & his team. I made a mistake & misjudged the gap. I really hate that it happened for those guys. I have too much respect for Chase and Alan to do that maliciously.

Two races into the season’s resumption, the standings now have Lagano in first, with Hamlin and Harvick in second and third respectively.

The next Cup Series Race is scheduled to take place on Sunday with the Coca-Cola 600 at Charlotte Motor Speedway.