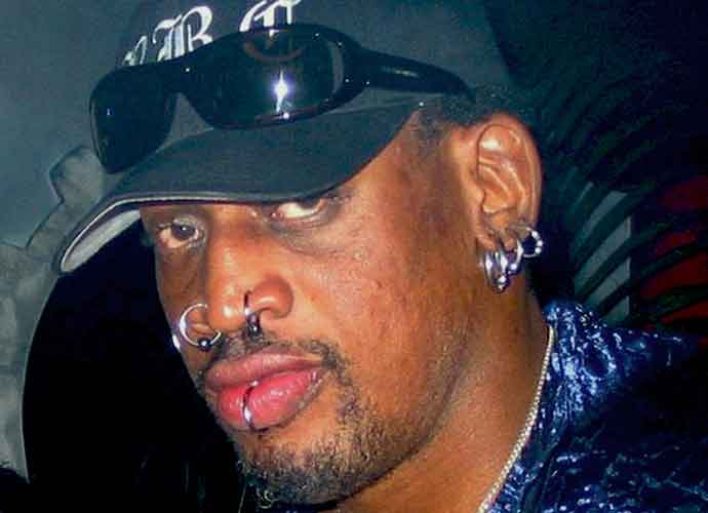 If you watched the final two episodes of The Last Dance last night, you probably saw one part of the Bulls second three-peat that doesn’t get talked about much anymore but is something that should not be glossed over. Dennis Rodman skipped a practice in between Game’s 3 & 4 of the 1998 NBA Finals to go and wrestle with Hulk Hogan in Michigan during WCW Nitro.

Dennis Rodman would miss practice to appear on WCW Nitro! 😲

Rodman was no stranger to leaving his Bulls teammates out of the blue, as earlier that season, Rodman took a 48-hour vacation where he went to Las Vegas, had no contact with the team and was simply left to his own devices.

In the documentary, Rodman commented on this ‘detour’ (which Rodman’s girlfriend at the time, Carmen Electra, called it), saying that Phil Jackson had that understanding that Rodman would give it his all on the court, but needed to have the opportunity to do as he pleased. “I think Phil (Jackson) realized that I needed to always do me, just go do what I do. They’re gonna get 100% when I’m on the court.”

The media attention around Rodman following his appearance on WCW Nitro was so big that Rodman and the Bulls staff had to find ways to sneak Rodman around reporters and allow him to exit the facility. During last night’s episode, there was a scene where Rodman was snuck out of a side exit from the Bulls’ locker room, around the reporters and by the team everyone realized what was gone, Rodman was long gone. In one interview during the finals, he talked about his reasoning behind missing practice. “I wasn’t trying to do anything. I was just trying to play basketball, party, da, da, da, da. F— all the girls. Just be me. Dennis s–t, you know.”

Rodman was fined by the team for missing practice, but in the end it did not hurt the team, as the Bulls won their sixth title in eight years, Rodman’s fifth championship in his career (he won three with the Bulls), and he would go down as one of the best players and personas in NBA history.