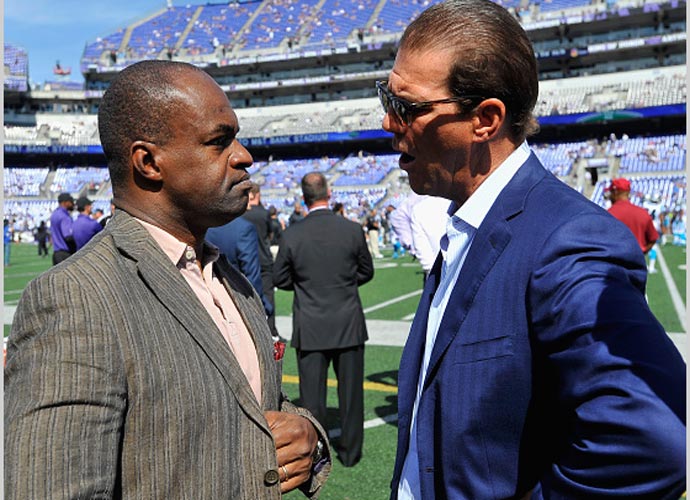 The NFL Players Association re-elected DeMaurice Smith as executive director on Tuesday by a 14-0 vote.

Smith’s three-year term runs through 2021, which coincides with the final year of the current collective bargaining agreement.

“This union is centered on player leadership. I am proud of their commitment, humbled by their trust in me and honored to serve. There is more work to be done,” Smith said in tweet that included the hashtag “#OneTeam.”

Smith has stated he thinks a labor stoppage is probable after the CBA ends, and also recently praised Colin Kaepernick for his charitable work.

Congratulations to @Kaepernick7 … It’s a shame some people consider him a distraction given the League office creates one everyday. https://t.co/uKI5xBO4tq

Professional football players have not missed games since the 24-day strike in 1987, which started after Week 2 and led the NFL to cancel its Week 3 games and cut the season to 15 games. Only replacement players played during that time, until the strike ended after Week 6.

“After a comprehensive and professional process in line with our Constitution, the NFLPA selection committee unanimously selected DeMaurice Smith to continue in the role as our Executive Director,” said NFLPA president Eric Winston in a statement. “Congratulations to De and we know there is more work to be done.”

Smith was first elected as the union’s chief in 2009. The position is held in three-year terms.

The NFLPA recently got into a battle with the NFL over a decision regarding whether or not to suspend second-year Dallas Cowboys running back Ezekiel Elliott following accusations of domestic violence.

According to Yahoo Sport, NFL commissioner Roger Goodell was close to signing a five-year extension this summer