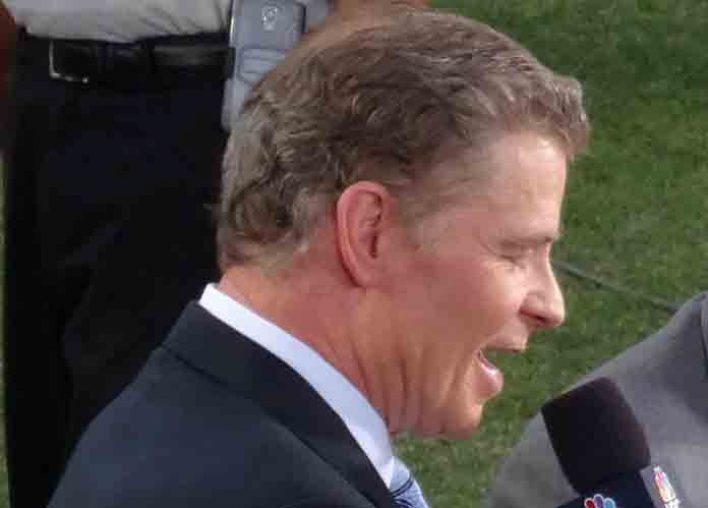 There are very few times where sports commentators get serious.

Whether it be because they’re discussing a game for a living or to hide behind a veil when they make controversial statements, it allows over-the-top personalities like Chris “Mad Dog” Russo to flourish. But on Thursday, long-time sports pundit Dan Patrick hit on a serious topic.

The 62-year-old sportscaster made an announcement about a medical condition he’s been suffering from. While the issue wasn’t public knowledge, he had been suffering in pain because of it and also saw his moods and memory affected by its treatment.

“I’ve been holding a secret,” he said. Patrick announced that he was suffering from polymyalgia rheumatica, an inflammatory disorder that causes sever muscle pain and stiffness around the arms and shoulders. He said the condition had been affecting him for most of the past decade. “It’s like having the flu and you’re not nauseous,” he described it to listeners of The Dan Patrick Show.

Dan opened up about some personal health news on the show today. We love you DP. pic.twitter.com/wjnWFqm1zS

“I hated getting out of bed,” Patrick said. He also told listeners that there was one Saturday morning where he couldn’t tie his shoes or even walk.

Patrick divulged that he was prescribed the steroid Prednisone for the condition. However, while it did help the pain and inflammation, it also caused an onset of depression and suicidal thoughts. Patrick turned to self-medicating with alcohol and even once took Vicodin in order to play a round of golf.

When that treatment began to no longer work, doctors suggested “light chemo”, which was administered once a month through an IV. Patrick said that brought on “headaches every day” and memory loss. He added, “Brain fog is what I have.”

“That’s what I want you to know,” he told listeners emotionally. With just five more treatments, Patrick looks to have relief in sight. But still, he knows that it will be an often uncomfortable period for himself. “Boy, I’ll be a joy to be around then,” he joked.