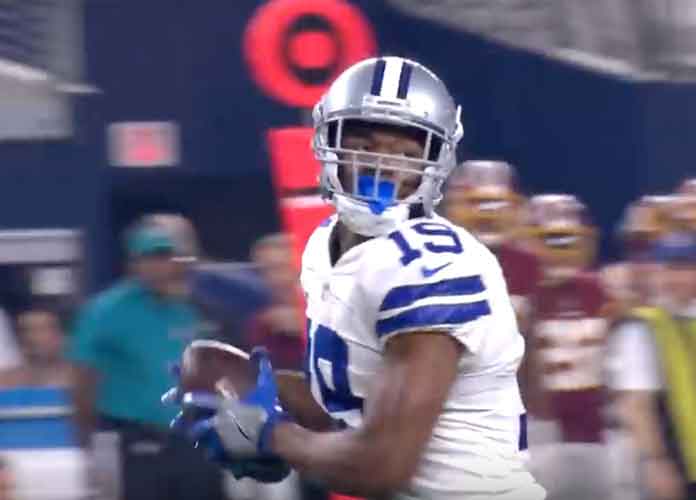 Dallas Cowboys wide receiver Amari Cooper has been fined $14,650 by the NFL for violating the Covid-19 protocols for the unvaccinated, after he attended a Dallas Mavericks game last week sans mask.

Even before the Mavs game, Cooper was seen on the sideline at the Goodyear Cotton Bowl Classic, cheering on his alma mater Alabama against Cincinnati.

The receiver was with vaccinated teammates both times, so CeeDee Lamb won’t catch heat for the Mavs game and Trevon Diggs is safe for attending the Cotton Bowl.

League rules state that unvaccinated players can attend sports events but must sit in a luxury suite with a mask and no more than 10 people.

“You don’t want to get sick,” Cooper said. “This is the tournament. We train so hard in the offseason, OTAs, camp, to get to this point. We accomplished that goal thus far. We’re going to do everything we can do to not get sick. If that means isolation, then that’s what that means. Hopefully, we can isolate enough to not catch it.”

Cooper missed two games earlier this season after testing positive for Covid-19, and the Cowboys lost both (Kansas City Chiefs and Las Vegas Raiders). And, since he’s had COVID, Cooper would not fall in the daily testing protocol through Super Bowl LVI.