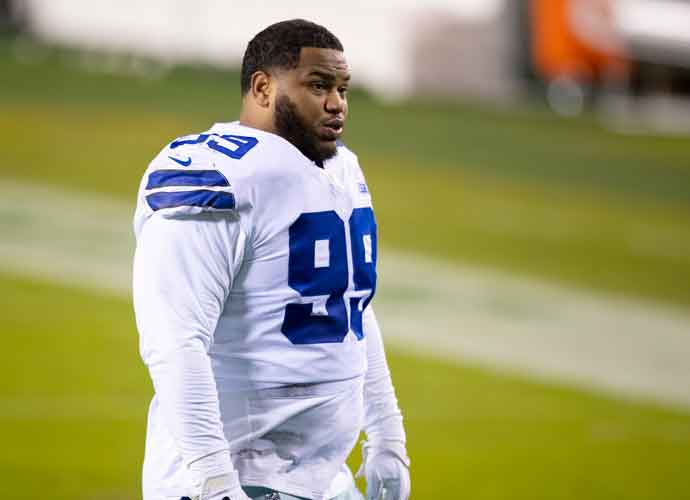 PHILADELPHIA, PA - NOVEMBER 01: Antwaun Woods #99 of the Dallas Cowboys walks off the field after the game against the Philadelphia Eagles at Lincoln Financial Field on November 1, 2020 in Philadelphia, Pennsylvania. (Photo by Mitchell Leff/Getty Images)

The Dallas Cowboys are parting ways with one of their defensive linemen.

The team announced on Wednesday that they released nose tackle Antwaun Woods. Woods had been in and out of the lineup over the past three years, starting in 32 games from 2018 to 2020. Last season, he recorded 33 tackles, four quarterback pressures and one sack. He was set to make $2.1 million as a restricted free agent. After starting off strong for the Cowboys in 2018, starting in all but one game, Woods started in only seven games last season.

This move comes in the wake of the 2021 NFL Draft, in which the Cowboys made the defensive line a priority as they continue their reconstruction of the defense. The team took interior rusher Osa Odighizuwa out of UCLA in the third round, and Quinton Bohanna out of Kentucky in the sixth round.

The Cowboys allowed 29.4 points per game last season, which ranked fifth-worst in the NFL. The team has made a few other moves on their roster this week, including waiving cornerback Saivion Smith in the wake of drafting Kelvin Joseph and Nahshon Wright in the second and third rounds, as well as releasing center Adam Redmond, defensive tackle Walter Palmore, defensive end LaDarius Hamilton and cornerback Kemon Hall.

In an NFC East which sported a division champion with a losing record last season, upgrading on the defensive end may be the Cowboys’ key to returning to the playoffs.