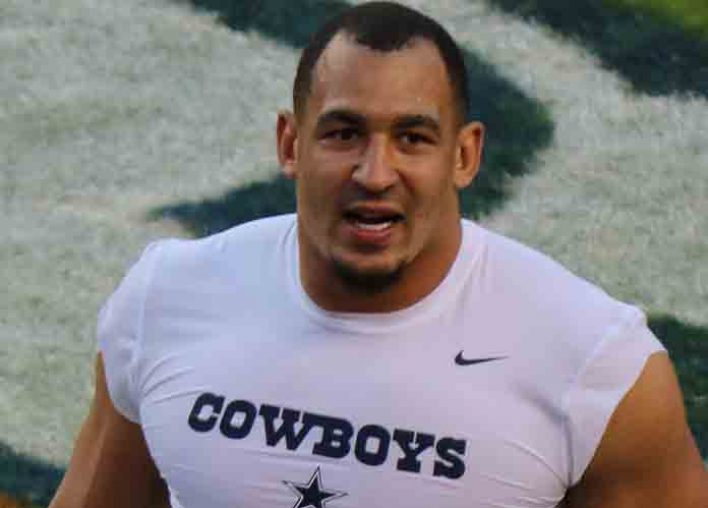 Dallas Cowboys defensive lineman Tyrone Crawford has been charged with a misdemeanor on the count of unlawful assembly for his role in an incident that took place in a bar in Panama Beach, Florida, this March.

#Cowboys DT Tyrone Crawford was charged after a bar incident with a misdemeanor count of unlawful assembly, which obviously is a serious matter but also sounds like a charge from the 1770s: https://t.co/eGukdYoHsC

ESPN reported that according to online records, Crawford was charged via summons on March 27 and then pleaded not guilty on April 12.

The March 15 incident was caught on camera and soon was published by TMZ. Crawford is shown fighting with the security staff at the Coyote Ugly Saloon.

According to the affidavit, that fight between customers and security soon spilled out into the street. It goes on to say that Crawford “charged towards” an officer who was trying to detain someone that was with the Cowboys lineman. He “pushes in between the officer and the defendant’s party,” preventing the officer “from detaining this individual.”

The charge carries a maximum sentence of 60 days in jail. Crawford has a pre-trial hearing scheduled for June 13.

The NFL is currently investigating whether or not Crawford could be disciplined. It’s likely he will be under the league’s personal conduct policy.

In eight years, Crawford has become a team co-captain and leader for Dallas. This year alone, the former third-round pick racked up four sacks and 28 total tackles.

Here’s some tweets about the incident:

Davis Irving – quit until weed is legalized by the NFL