Could Sunday Be Troy Aikman's Last Game With Fox? - uSports.org 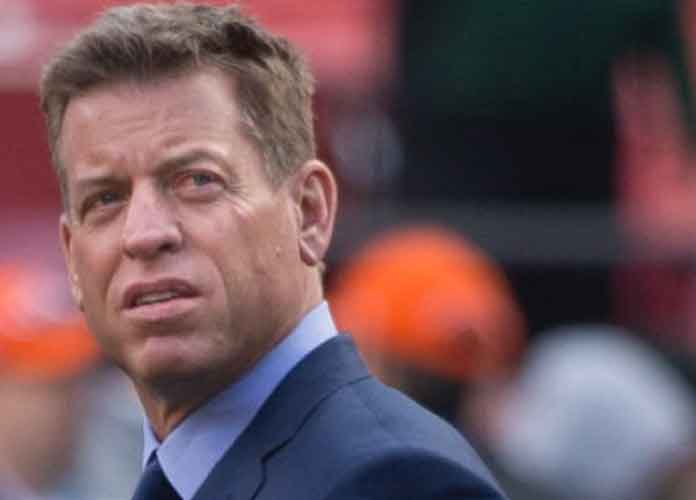 Could Sunday Be Troy Aikman’s Last Game With Fox?

Hall of Fame quarterback and Fox Sports broadcaster Troy Aikman has been contemplating his next move; he has offers to return to Fox, to move to Amazon Prime – or possibly a combination of the two.

This Sunday’s NFC Championship game between the Los Angeles Rams and San Francisco 49ers could be Aikman’s last go-round at Fox.

The former signal-caller has been a stalwart on Fox Sundays since his playing days ended in 2000.

Amazon Prime is set to solely broadcast 15 Thursday night games in 2022—a deal that will continue through the 2032 season.

“I try not to,” said Joe Buck, Aikman’s longtime broadcast partner, when asked about his thoughts on a potential move, “because it’s been 20 years and I can honestly say, I have never had one moment where we have felt like, at least I haven’t, and we talk about it all the time, we’re just lucky we’re good friends.

“We talk about what’s out there and we talk about what he’s deciding between and everything else. I only ask questions and talk about it to a point because that’s his life. That’s his career. He knows how I feel. I don’t want him going anywhere and that’s understood. But at the end of the day, he’s gonna do what he wants to do.”

We’re definitely going to see and hear Aikman on Sundays in the future, it’s just a matter of what channel/platform it will be on.