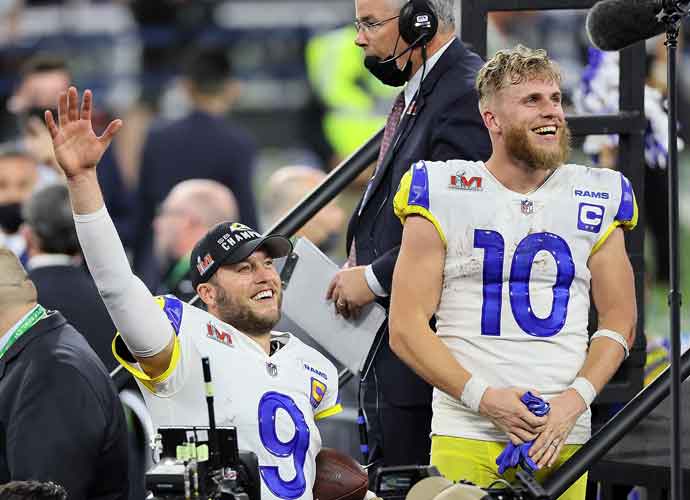 It came after an intended pass from quarterback Matthew Stafford, which sailed over Kupp’s head.

While the ball was out of reach he took a low blow from Arizona Cardinals defensive back Marco Wilson.

Kupp then went down awkwardly and grabbed his lower left leg.

While his season may not be over, Kupp will go on injured reserve with a high ankle sprain and will have surgery on Wednesday, according to to head coach Sean McVay

That means he will miss at least four games – but ESPN NFL insider Adam Schefter reports that it “could be longer.”

Rams’ WR Cooper Kupp is scheduled to undergo ankle surgery Wednesday and the team is placing him on IR, per HC Sean McVay. Kupp is out a minimum of four weeks and with the way the Rams season is going, could be longer.

And with the Rams in last place in the NFC West with a 3-6 record – there is no reason to rush him back.

The team will likely miss the playoffs after winning the Super Bowl last year.

Kupp has followed that up this year with 812 yards receiving and six touchdown passes.

But it’s possible season his season will be over.

In Kupp’s absence, Allen Robinson II will be the team’s top receiver.

In the offseason, Kupp and the Rams reportedly agreed on a three-year contract worth more than $80 million.

The deal guarantees at least $35 million.

Next up, the Rams will play the Saints on Sunday.