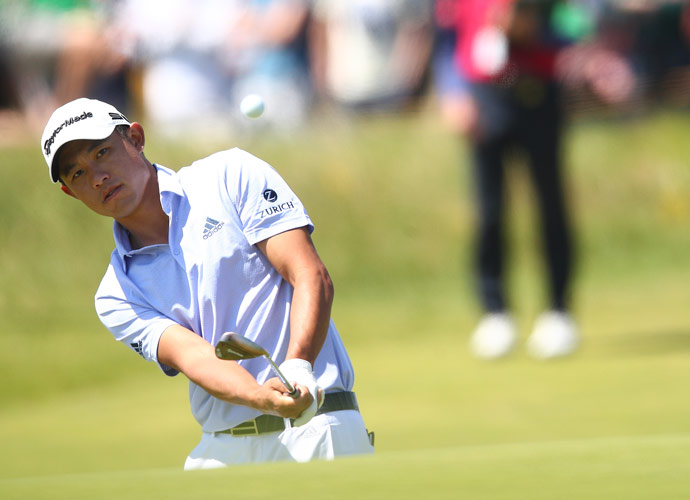 Collin Morikawa shot nearly perfectly in the second round of the Open Championship. He was just a stroke away from matching the record at Royal St. George.

Morikawa nearly matched the course record for strokes at 63, but a putt on the 18th hole clipped the lip of the hole and ricocheted out, denying him the chance to tie the record. If he had sunk the putt, it would have tied him with Greg Norman who set the stroke record in 1993.

Funnily, Morikawa’s masterful performance was arguably not the most noteworthy happening on the course today. Tyrrell Hatton had a meltdown on the 11th hole after a double-bogey performance, using middle-finger gestures and expletives to describe his unhappiness with his play.

Morikawa entered the clubhouse at the top of the leaderboard. He will attempt to win the British Open in the final two rounds of play this weekend.