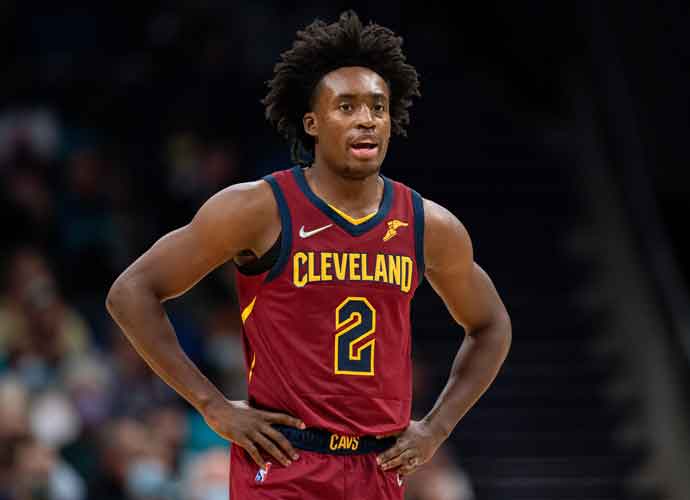 CHARLOTTE, NORTH CAROLINA - NOVEMBER 01: Collin Sexton #2 of the Cleveland Cavaliers looks on during their game against the Charlotte Hornets at Spectrum Center on November 01, 2021 in Charlotte, North Carolina. NOTE TO USER: User expressly acknowledges and agrees that, by downloading and or using this photograph, User is consenting to the terms and conditions of the Getty Images License Agreement. (Photo by Jacob Kupferman/Getty Images)

When Colin Sexton was drafted by the Cleveland Cavaliers, he looked to be the franchise player to lead Cleveland following the departure of LeBron James. He was athletic, explosive and tantalizing, everything you would want from your #8 overall pick. He flourished alongside other young pieces but now, after his fourth season in the NBA, it looks like Sexton will not be part of the Cleveland Cavaliers’ future plans.

Sexton, who is a restricted free agent, is reportedly not willing to take the Cavs offer sheet for a three-year, $40 million contract. Going into this offseason, it was said that the 24-year-old was looking for $20 million+ per year, but the offer of about $13.3 million is not at all what he may be worth. Sexton had averaged 24.3 points per game during the 2020-21 NBA season and looked to take another step this past season before a torn meniscus caused him to miss much of the last season.

In his absence, the Cavs young core blossomed. Darius Garland became an All-Star as the primary ball-handler, Evan Mobley and Jarrett Allen become one of the best frontcourts in the NBA, and players like Issac Okoro, Dean Wade and Lauri Markannen became key contributors for a team that made the postseason without Sexton.

I’m not the biggest Collin Sexton fan but 3 years, $40-million is insulting.

I get the ACL tear but 20+ point scorers don’t grow on trees:

Sexton has not explicitly said that he wants out of Cleveland, however, the salary offered would make him the 30th highest-paid point guard in the NBA, far below what a player of his caliber should be making.

If any team wants to take a flyer on him though, the Cavaliers reserve the right to match any offer sheet given to him, which they would most likely do.

Teams such as the Indiana Pacers and the San Antonio Spurs are the only teams that have enough cap space to procure a potential trade, therefore, this means that a sign-and-trade would be his only possible exit from Cleveland.

If Sexton is keen on leaving for greener pastures, he can sign a one-year qualifying offer and can become an unrestricted free agent after next season.