Coco Gauff Pulls Out Of Tokyo Olympics After Testing Positive For COVID-19 - uSports.org 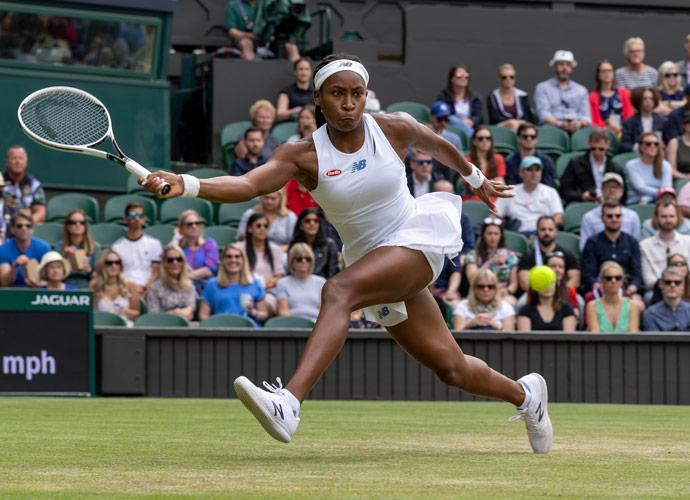 LONDON, ENGLAND - JULY 05: Coco Gauff of The United States plays a forehand in her Ladies' Singles Fourth Round match against Angelique Kerber of Germany during Day Seven of The Championships - Wimbledon 2021 at All England Lawn Tennis and Croquet Club on July 05, 2021 in London, England. (Photo by AELTC/Simon Bruty - Pool/Getty Images)

United States tennis player Coco Gauff has tested positive for the coronavirus, forcing her to pull out of the Tokyo Olympics.

The 17 year-old was set to make her Olympic Games debut. She was going to be the youngest tennis player to participate in the Olympics since 2000. “I am so disappointed to share the news that I have tested positive for COVID and won’t be able to play in the Olympic Games in Tokyo,” Gauff tweeted on Sunday. “It has always been a dream of mine to represent the USA at the Olympics, and I hope there will be many more chances for me to make this come true in the future. I want to wish TEAM USA best of luck and a safe games for every Olympian and the entire Olympic family.”

“We were saddened to learn that Coco Gauff has tested positive for COVID-19 and will therefore be unable to participate in the Tokyo 2020 Olympic Games,” the U.S. Tennis Association said in a statement. “We wish her the best as she deals with this unfortunate situation and hopes to see her back on the courts very soon. We know Coco will join all of us in rooting on the other Team USA members who will be traveling to Japan and competing in the coming days.”

Jennifer Brady, Jessica Pegula and Alison Riske will compete for the U.S. in women’s singles.

Gauff is one of the latest athletes to test positive ahead of the Tokyo Olympics. On Saturday, three South African soccer players tested positive at the Olympic Village, becoming the first positive case at the village. On Monday morning, U.S. women’s gymnastics alternate Kara Eaker also tested positive. The rising positive cases among Olympic athletes have brought on pressure and scrutiny to IOC president Thomas Bach, who has assured everyone that the Olympics are safe. Still, there are rumors floating around that Japanese officials are considering canceling despite the Games just being days away.