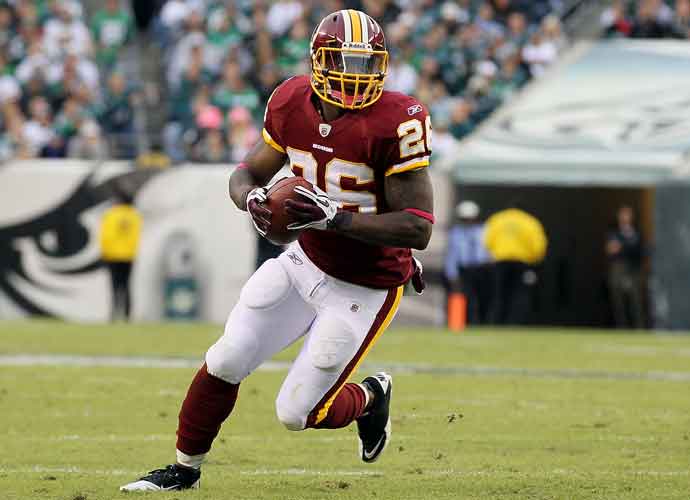 PHILADELPHIA - OCTOBER 03: Clinton Portis #26 of the Washington Redskins runs the ball against the Philadelphia Eagles on October 3, 2010 at Lincoln Financial Field in Philadelphia, Pennsylvania. (Photo by Jim McIsaac/Getty Images)

Former Washington Football Team running back Clinton Portis was sentenced to six months in prison and six months of home detention for his part in a $4 million healthcare fraud scheme that also involved other retired NFL players.

The sentence was handed down Thursday in the district court for the Eastern District of Kentucky.

Portis, who played seven seasons for the then-Redskins, was charged with health care fraud related to claims regarding medical expenses and purchases following his retirement.

As part of his sentence, he’ll have to pay back the NFL Player Health Reimbursement Account Plan.

From December of 2017 to December of 2018, Portis applied for reimbursement for costly medical equipment while also falsifying prescriptions, medical letters and invoices. He later admitted that he was reimbursed for some superfluous equipment.

The former running back pleaded guilty in September to avoid jail time, and officials opted to split the difference between his request and the prosecution’s request for 10 to 16 months in prison.

Portis was drafted by the Denver Broncos in the second round of the 2002 NFL draft and was named the Rookie of the Year that season. He was named to the Pro Bowl the next year but was traded to Washington that offseason. He rushed for 9,923 yards and 75 touchdowns with 2,018 receiving yards and five touchdowns in his career.