Well, it appears that the Cleveland Browns want to place their offseason back on track: so despite Johnny Manziel’s rehab, Josh Gordon’s suspension and the scandal known as text-gate, the Browns have decided to release their newest logo design.

In the press release, the Browns stated, “Our updated helmet logo is reflective of today’s modern Cleveland… The iconic brown and white stripes stand tall over the orange helmet — a new orange color that matches the passion of the Dawg Pound. The new brown facemask represents the strength and toughness of Cleveland.”

As for the fanbase’s unique nickname, “2015 marks the 30th anniversary of the Dawg Pound — bestowing a unique opportunity to modernize the symbolism of the Dawg Pound through an evolved logo… It’s tough and exemplifies the ‘Play Like A Brown’ attitude. With one passionate voice — the Dawg Pound barks together.” 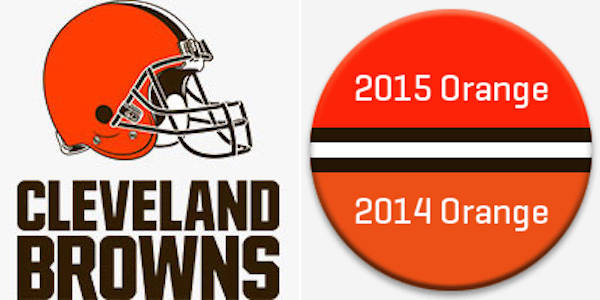 Now lets be honest, this is not really that much of a “new” logo, as it is more of a slight alteration of the old one. Still, the Dawg Pound design is fitting for one of the most loyal fanbases in the country.

Stay tuned for the April 14 release of the Browns’ brand new uniform — obviously, if this is any indication, do not expect anything earth-shattering.