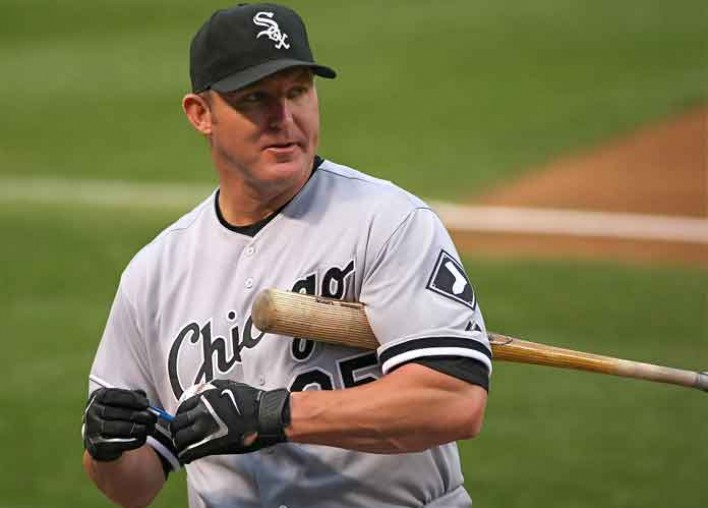 Chipper Jones, Jim Thome and Vladimir Guerrero were the top vote-earners elected into the 2018 Baseball Hall of Fame class, which was announced Wednesday.

Alan Trammell and Jack Morris — who were voted in by the Modern Era committee in December — will also be inducted at this year’s ceremony.

Jones led all players with 97.2 percent of the vote. Guerrero, in his second year of eligibility, received 92.9 percent, compared to 71.7 percent last year.

Here are the full voting results:

Jones was drafted first overall by the Atlanta Braves in 1990, and he played his entire professional career with the team. An eight-time All-Star, he also won the 1999 National League MVP Award and hit 303/.401/.529 in 19 seasons.

Also inducted this year will be 601-save getter Trevor Hoffman, who is in his third year of eligibility.

Among the MLB legends notably left off the 2018 Hall of Fame list are Barry Bonds and Roger Clemens. Bonds, the second-greatest hitter of all time by Wins Above Replacement (WAR), earned 238 votes, or 56.4 percent of the total votes. Clemens, a seven-time Cy Young winner, received 57.3 percent.

Reminder that Barry Bonds’ career WAR was higher than Chipper Jones’ and Jim Thome’s put together.

Thome had 612 homers over the course of 22 seasons with six different teams. That total is the eighth-most in MLB history. His .554 slugging percentage ranks 23rd all-time, and his .402 on-base percentage is 51st.

Guerrero is one of 13 players in MLB history with multiple seasons of at least 30 home runs and 30 stolen bases. He had a .318/.379/.553 slash line with 449 home runs and 181 stolen bases in 16 seasons with four teams. The Dominican native made his MLB debut for the Montreal Expos at the age of 21 in 1996. He finished in the top ten of MVP voting six times, and won the award in 2004 with the American League’s Anaheim Angels.

The six-man class will be officially inducted into the Hall of Fame at a ceremony on July 29.