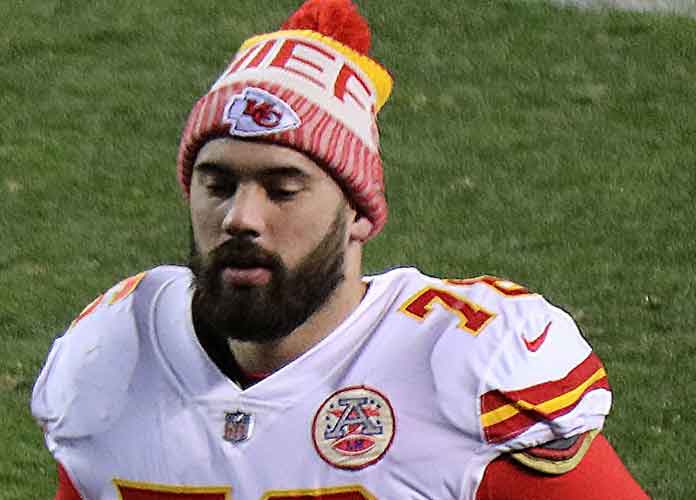 Kansas City Chiefs lineman Laurent Duvernay-Tardif now stands out from most other NFL players — and athletes in general — for one reason: he’s a doctor.

The 27-year-old Canadian-born player graduated from McGill University’s medical school in Montreal on Tuesday, and thus becomes the first NFL star to own a medical degree. Duvernary-Tardif shared a photo of himself on Twitter on Tuesday while wearing his lab coat, on the back of which was emblazoned his name and the No. 76, his number with the Chiefs.

This is it! Today I become a doctor! It also marks the beginning of a great new adventure for all 2018 graduates of @mcgillu Faculty of Medicine. #LDTMD #graduation #passion #nfl #chiefs pic.twitter.com/j4oD1BCuXJ

Duvernay-Tardif — whose native language is French — also attended McGill for undergraduate, and the Chiefs drafted him in 2014 as a sixth-round pick. He became a starter for the team just one year later. Ever since he has been juggling his medical studies with his football career.

He has reportedly said he wants to help with concussion research.

Duvernay-Tardif also told the Kansas City Star: “If I make it to the Pro Bowl in the same year that I graduate from medicine… and win the Super Bowl, then I don’t know what I’m going to do,” he told the news outlet. “All my goals will be accomplished.”

“Getting drafted into the NFL was way more intense,” Duvernay-Tardif also said, according to ESPN. “When you get drafted, it almost feels like a surprise. You don’t know which team you’re going to, so it’s really intense and really emotional at that specific moment. With regards to medicine, it’s more like a marathon. I’ve been doing it for the past eight years, and it was always that vision. Every time the season was over and I was driving back to Montreal, and I was getting back into medical school while everybody else was enjoying their offseason, I was motivating myself with the thought of pushing through because it’s going to be worth it in the end.

“Nobody can take that from me. When I graduate, I’m going to be a doctor for life. I’m proud to be in the NFL, and it’s been an incredible journey to get here, but being able to combine medical school at the same time, this is the accomplishment I’m proudest about, to be able to combine both. So many times I heard people tell me I’d have to make a choice.”