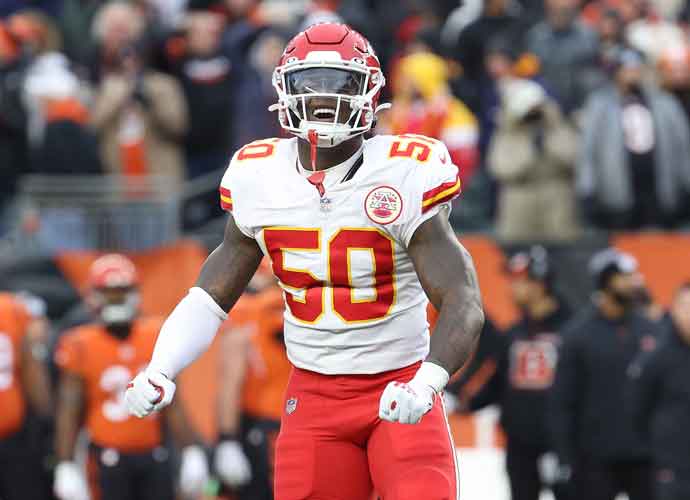 The 23-year-old was arrested around 10:30 p.m. and booked into the Johnson County Detention Center, where he remains awaiting bond. His court appearance is scheduled for 2:30 p.m. Thursday.

Documents allege that Gay damaged a vacuum cleaner, wall, and door frame during a confrontation with a woman; it’s being classified as a domestic violence offense.

The Chiefs did not issue a comment on the situation other than to say they’re aware.

The second-year player appeared in 12 games—11 starts—for KC this season. He recorded two interceptions and 48 tackles.

Bengals Headed To Super Bowl For First Time Since 1989