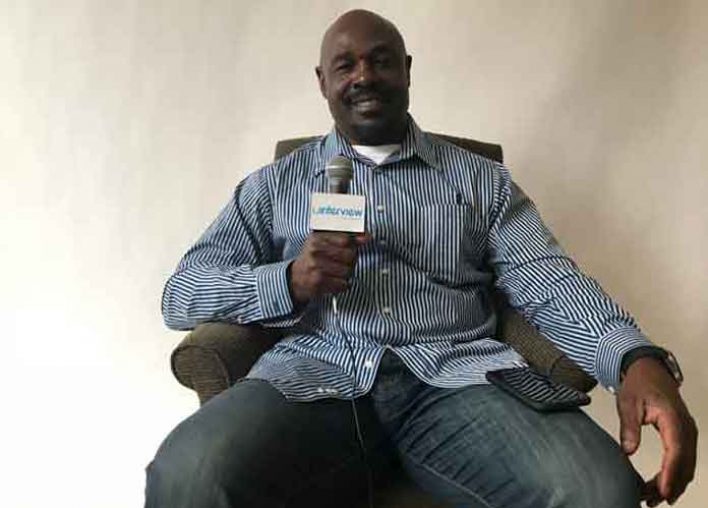 Kansas City Chiefs legend Christian Okoye may be long retired from the NFL, but he continues to stay busy by being heavily engaged in all things cannabis-related.

The 56-year-old Nigerian-born Hall of Fame former running back — who in 1989 was both the NFL’s rushing yards leader and the AFC Offensive Player of the Year — sat down with uSports for an exclusive interview about his take on pot legalization and the work he does with the Christian Okoye Foundation.

“I am very interested in CBD (cannabidiol) oil because it helps me out a lot,” said Okoye, who is a spokesman for CBD company Kannaway, the first hemp lifestyle network to offer phyto-cannabinoid botanical products. “I was introduced to them by my former teammate in Kansas City who was our kicker for a long time, Nick Lowery, and before this I didn’t know anything about marijuana or any of the products that came from that family. But when [Lowery] told me about this CBD oil, I was interested in finding out how it works. They explained everything to me and I told them ‘I would like to try it.’ I tried it out, and that was two months ago.”

He continued; “Since I tried it, I have abandoned the other products that I was taking, like pain medication.”

Kannaway is a subsidiary of Medical Marijuana, Inc., the first publicly-traded cannabis firm in the U.S.

Okoye also revealed his opinion on whether several more states will take steps to legalize marijuana, a national debate that has taken on significant relevance in recent years. Dispensaries for medical cannabis have begun emerging in some states like New York, and many grassroots groups, military veterans and politicians have been pushing for the drug to be de-criminalized.

“I think so [that it will be legalized],” he said. “Just think then years ago, if you had thought about what it is today as far as many states legalizing marijuana, [we’ve come] a long way. I think in another three years, more and more states will legalize marijuana. But the stuff I’m taking is CBD, and what many people don’t know — especially people in government and some NFL officials — is that CBD is totally different from marijuana, so they might be scared of marijuana because it makes you high, so in trying to get away from that they call it a drug.”

Okoye stressed he purely uses the drug for medical purposes. He added: “I have never taken or smoked marijuana, but CBD is something that I believe in and it works out for me. It helps me alleviate some of the pain I feel every day.”

Okoye concern for children led him to launch his foundation, which helps give underprivileged kids outlets to become more involved in organized sports.

“I started the Christian Okoye Foundation when I realized that growing up in Nigeria, I didn’t have professional athletes come to my elementary school or high school to speak to us about focusing on education, doing the right things and setting goals for my life,” he revealed. “I didn’t have anybody like that. We had our parents, and we have good values from them, but I thought when I came to this country, and seeing how freewheeling kids are, and not being able to take advantage of what is provided to them, some of those things many kids in third-world countries would kill for. My foundation, I gear it towards inviting my friends that play in the NFL to speak to these kids and let them realize that those players were at one time just like them, that they grew up just like them. Some grew up in broken homes, so there’s nothing special about playing in the NFL except that you have to focus. You have to set your goals and do well in school and if you do that, you get an opportunity to play in the NFL. So its mainly an encouragement-type thing.”

Okoye believes adults can help children learn and grow, through sports or through any type of activity: take them out of their comfort zone.

“If you take kids away from their environment and bring them to a new environment, you will open their minds. They will see new things.”

Okoye recorded 1,480 rushing yards in 1989 to become the NFL leader in rushing yards that year, as well as the first Chiefs player to lead in this category. He ultimately retired in 1993 after sustaining several injuries.

Okoye earned the nickname “Nigerian Nightmare,” and explained the origin for this alter-ego.

“I got my nickname from my teammate during my rookie year [1987],” he revealed with a smile. “You know how veterans, they don’t care and they’re going through practice, instead of running full speed they just kind of tiptoe, and the coach got mad one time and said, ‘I want everyone to run full speed. So being a rookie, I didn’t know what to expect. Veterans weren’t listening, so I was going full speed, if you were running around and you were in defense, I would have knocked you over.”

“So when we were watching films [of practices], this guy from my offensive line, Irv Eatmen — who played at UCLA, big guy — every time I ran the ball, he would say: ‘Watch out for the nightmare! The Nigerian Nightmare’ And that’s how it started.”