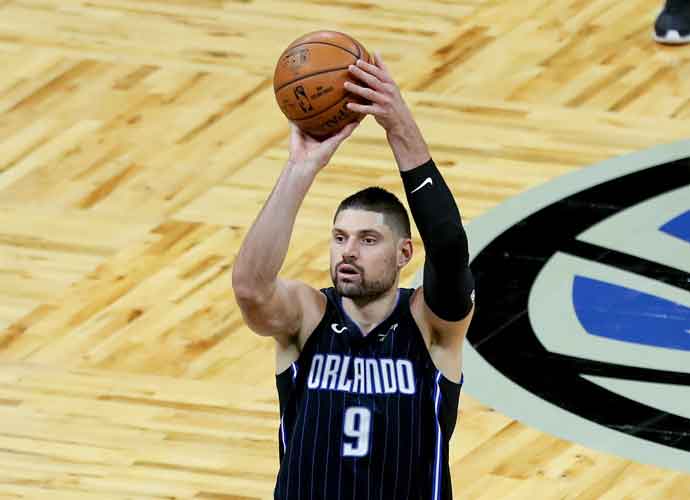 ORLANDO, FL - MARCH 03: Nikola Vucevic #9 of the Orlando Magic shoots the ball against the Atlanta Hawks at Amway Center on March 3, 2021 in Orlando, Florida. NOTE TO USER: User expressly acknowledges and agrees that, by downloading and or using this photograph, User is consenting to the terms and conditions of the Getty Images License Agreement. (Photo by Alex Menendez/Getty Images)

Vucevic’s arrival is important for Chicago’s overall future plans. Chicago has high hopes for the big man and expect him to help lead the team on a playoff run. The Bulls are currently 10th in the Eastern Conference, but they are just three games back from the No. 8 seed in the conference.

The Bulls are currently led by Zach Lavine and Lauri Markkanen. Lavine is currently enjoying a career season, averaging 28.1 points per game and shooting 52 percent from the field. Markkanen is not far behind as he is putting up 17.7 points per game.

Two-time All-Star Vucevic is currently averaging 24.5 points and 11.8 rebounds per game this season. The Bulls are hoping that Vucevic, Lavine and Markkanen will be a trio that will make the team a playoff contender for years to come. Furthermore, Vucevic’s scoring will help ease the scoring load that Lavine is currently managing.

On the other hand, the Magic are going into full-blown rebuild mode. Orlando has not had much success since their 2010-11 season in which they won 52 games. Since then, the team has only made the playoffs three times. Even in those three seasons, they failed to win more than 42 games. Just last season, Orlando finished 33-40 and made the playoffs in the pandemic-shortened season.

Orlando will receive Chicago’s 2021 and 2023 first-round picks in the deal. Not only that, but they receive a young player in Carter. Carter was a first-round pick in the 2018 NBA Draft. However, the big man has not developed well. That is not to say that he will not be a good player, but being on a team that will focus on its young core will surely do wonders for Carter’s playing time and development.

Carter is currently averaging 10.9 points and 7.8 rebounds per game.