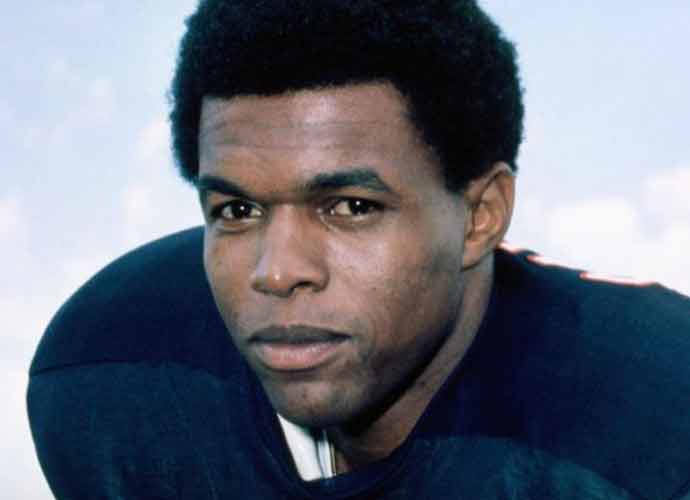 On Wednesday, the NFL Hall of Fame confirmed that Chicago Bears legendary running back Gayle Sayers has died at 77. Sayers played all of his seven seasons with the Bears and was the youngest hall of fame inductee at 34 years old. His nickname was the “Kansas Comet,” Sayers was voted into the Pro Football Hall of Fame in 1977.

“All those who love the game of football mourn the loss of one of the greatest to ever play this game with the passing of Chicago Bears legend Gale Sayers,” Hall of Fame president David Baker said in a statement. “He was the very essence of a team player — quiet, unassuming and always ready to compliment a teammate for a key block. Gale was an extraordinary man who overcame a great deal of adversity during his NFL career and life.”

Sayers was a five-time All-Pro who averaged five yards per carry for his career and twice led the league in rushing, including in 1969 (1,032 yards). NFL Commissioner Roger Goodell released a statement mourning Sayers’ death, “Gale was an electrifying and elusive runner who thrilled fans every time he touched the ball. He earned his place as a first-ballot Hall of Famer. We will also forever remember Gale for his inspiration and kindness. Gale’s quiet unassuming demeanor belied his determination, competitiveness and compassion.”