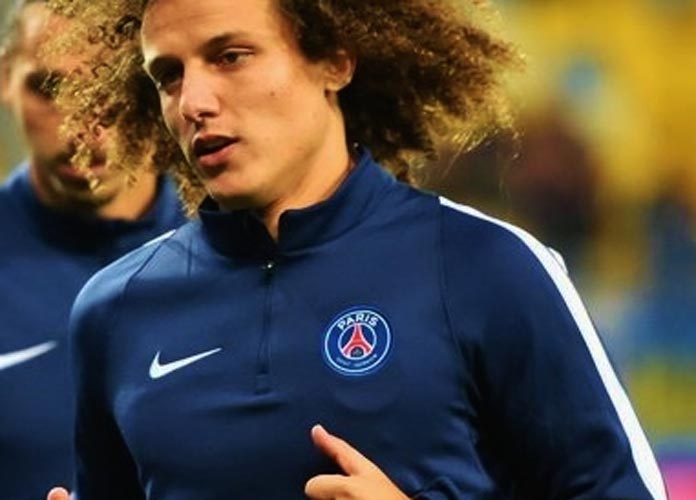 Chelsea have made a surprising £32 million ($42 million) move to bring Paris Saint-Germain defender David Luiz back to Stamford Bridge.

Chelsea have desperately been seeking a center-back, after failed bids for Alessio Romagnoli at AC Milan and Napoli’s Kalidou Koulibaly.

After being rebuffed when making initial inquiries about Luiz’s PSG teammate Marquinhos last week, the English club began talks over a deal for the Brazilian, despite initially being met with resistance.

Luiz was criticized after giving away a penalty during last week’s defeat to Monaco, and was subsituted by PSG’s new coach, Unai Emery.

Furthermore, Chelsea are close to signing Spanish left-back Marcos Alonso from Fiorentina for £23 million ($30.22 million). He was due in London Tuesday night for a medical. This marks Alonso’s third move to the Premier League in his career.

“My family and close friends know Chelsea is the club I have dreamed about playing for,” Alonso stated. “I’m really excited about the challenge and I’m looking forward to working with my new team-mates.”

Luiz joined French champions PSG on a five-year deal after playing for Brazil at the 2014 World Cup.

He had three years left on the five-year contract he signed in September 2012 when he joined Ligue 1 club.

In the Spanish League (La Liga), Barcelona announced this week the signing of Valencia striker Paco Alcacer, who will join the Catalonia club on a five-year deal.

Alcacer, 23, was omitted from the Valencia squad that lost 1-0 to Eibar on Saturday and underwent a medical at Barcelona on Monday before finishing a move worth an initial €30 million ($33.5 million).

He marks the La Liga champions’ sixth signing of the season.

“When I found out about the offer from FC Barcelona I asked the club to listen to it, as it was my decision to take a step forward in my career,” Alcacer told Valencia’s official website.

“I want to thank Valencia CF and the fans. Despite the fact that I am leaving Valencia CF, I will always be a Valencianista at heart.”

Alcacer scored 43 goals in 124 appearances for Valencia and has won 13 caps for his country.