Charles Oakley Turns Down Offer To Retire Jersey Inside Of MSG - uSports.org 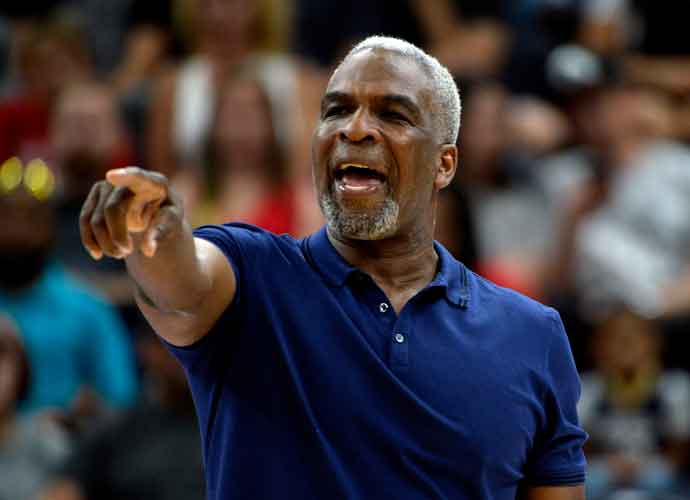 SALT LAKE CITY, UTAH - JULY 27: Head coach Charles Oakley of Killer 3s yells to his team as they play in the game against 3's Company during week six of the BIG3 three on three basketball league at Vivint Smart Home Arena on July 27, 2019 in Salt Lake City, Utah. (Photo by Alex Goodlett/BIG3 via Getty Images)

Charles Oakley has no interest in having his jersey retired by his former team.

When speaking on a podcast earlier this week, former New York Knicks coach Jeff Van Gundy stated that he believed that Oakley’s jersey should be retired and hanging in the rafters of Madison Square Garden. Whether or not Oakley was actually present for the ceremony did not matter to Van Gundy, as he argued that his play for the team and relationship with the New York fan base was enough to warrant his jersey retirement.

Oakley’s personal view, however, does not line up with Van Gundy’s perspective. Earlier in the year, Oakley spoke on a podcast about the fact that he had previously declined the Knicks’ offer to retire his jersey, and does not want it to hang inside the Garden. Oakley sees his jersey retirement as only benefitting the team, and would prefer to have it just outside MSG so it can be visible to anyone who passes by. “Put it outside with the flag and people don’t have to pay to come in and see it,” Oakley said. “Let them drive past and see it. Let it be a tourist spot,” he added.

This debate comes on the heels of a 2017 incident at the Garden between Oakley and Knicks owner James Dolan, which led to a scuffle and Oakley’s removal and ban from the world’s most famous arena.

Oakley is not the only celebrity to have issues with Dolan and Madison Square Garden. Long-time Knicks fan and director Spike Lee along with Knicks legend and current Georgetown basketball coach Patrick Ewing have both also had run ins with employees at the arena.

While the Knicks may finally be turning a corner with their on-court display this year due to the youth movement (currently 8th in the Eastern Conference), drama, scandals and chaos continues to be a problem for the Knickerbockers off of the court, specifically due to the negative feelings the fans have about the team’s owner. Many fans are counting down the days until Dolan retires and the Knicks go a different direction in terms of ownership.