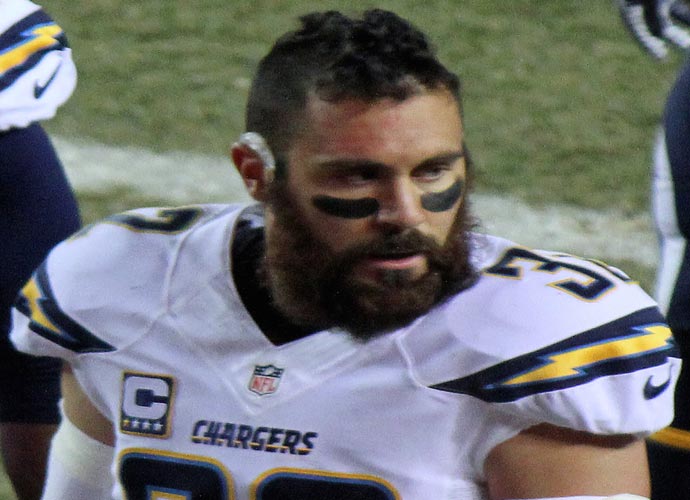 After being placed on injured reserve and handed a $10,000 fine, safety Eric Weddle is almost definitely leaving the Chargers this offseason.

During Week 15’s game against the Miami Dolphins, Weddle remained on the sideline to watch his daughter dance on the field at halftime without informing the team. That decision cost him $10,000. He was also placed on injured reserve, ending his season, and told he couldn’t travel with the team to their final game in Denver because there was no room on the plane.

That saga will almost guarantee that Weddle will hit the open market; the three-time Pro Bowler will be a free agent at the end of this season.

“We have a policy here, and a situation took place two weeks ago at our stadium. So yes, we did fine him,” he said. “It’s an organizational call.  We have a club policy here, and there are certain things we have to do as a football team at halftime to make adjustments, and things like that. That’s why we did that.”

“To me, the communication wasn’t there, and I think that was more important than anything.  Obviously anything you do, whoever has played in this league understands there is no one person above the team. With all that being said, that was his daughter. That’s just not my call. That is something the coaches and he should have had a conversation about, and that should have been made from that point on. From my understanding, there was no conversation about it.  It’s very hard to make any assumptions about that because it was not obviously in the best (interest) of the team, and you are talking about a first class guy who due to that circumstance was put into a dilemma to make a decision at the last second.”

Weddle’s agent, David Cantor, made his feelings known on Twitter.

You can call me every name in the book. What the organization did and how we have been treated is beyond reproach. — DEC Management (@davidcanter) December 28, 2015

Read more about:
Eric Weddle NFL San Diego Chargers
Listen to the uInterview Podcast!
Get the most-revealing celebrity conversations with the uInterview podcast!