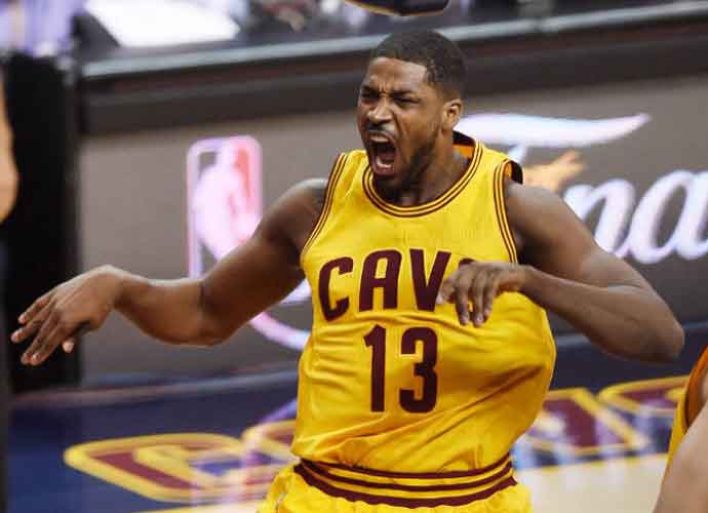 Another Cleveland sports athlete is in hot water for slapping someone’s butt. Cavaliers’ Tristan Thompson was thrown out of Friday’s game against the Grizzlies after he slapped Jae Crowder on the butt after an incident which earned him a second technical.

After the incident, Crowder turned to an official and the referee ejected Thompson from the game.

Earlier in the game, both Crowder and Thompson received technical fouls for jawing back and forth at one another.

This comes just days after Odell Beckham Jr. slapped a security guard from behind while celebrating with LSU after their national championship win.

The butt slap has clearly made headlines lately, but it is nothing new. Seen as a universal sign of praise and encouragement, the butt slap has been in sports for as long as sports have been around. There is even scientific research that supports the idea that positive physical touch among teammates results in higher performance and increased morale.

In this instance, it clearly was a sarcastic gesture and Thompson, who has a history of bad blood with Crowder, was the aggressor in hopes of sparking a response.

The response ultimately was his demise and ejection from the game.

Clearly Cleveland is not shy when expressing affection in this way, but maybe they’ll think twice before sharing with others outside of their respective teams.

Thompson does plan to appeal to the National Basketball Players Association.