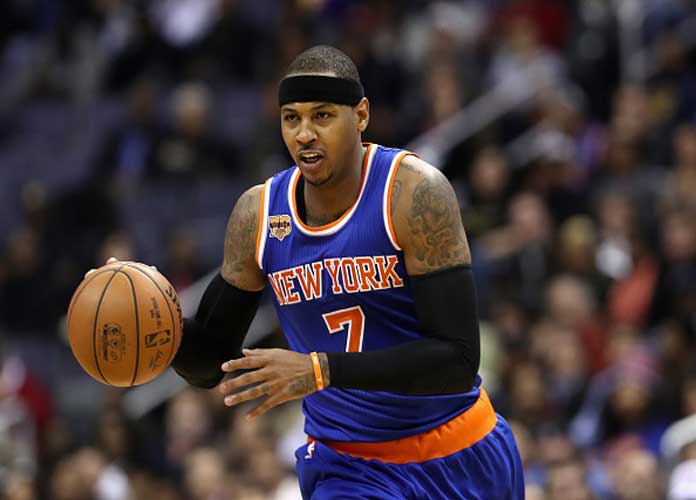 The wait is over for Carmelo Anthony as he has signed a non-guaranteed contract with the Portland Trailblazers.

Anthony has been expressing his desire to return to the court since the off-season, yet not landing until now, with the 4-8 Blazers. Anthony is a 10-time All-Star who led the New York Knicks to three playoff appearances scoring over 24 points per game during his tenure.

Last year after ending up with the Houston Rockets after his time in Oklahoma with the Thunder, he explained that he “understood his role” and was “comfortable with coming off the bench when the team needs him to.”

Yet a few months later and only 10 games in, Anthony and the Rockets parted ways, Houston’s General Manager Daryl Morey explaining: “Carmelo had a tremendous approach during his time with the Rockets and accepted every role head coach Mike D’Antoni gave him. The fit we envisioned when Carmelo chose to sign with the Rockets has not materialized, therefore we thought it was best to move on as any other outcome would have been unfair to him.”

That sentiment was echoed by Houston (and Melo’s old Knicks’) Head Coach Mike D’Antoni. “We just had to see how things worked out,” D’Antoni said. “And the way we play probably wasn’t conducive to his game and he was trying to make the necessary sacrifices and it wasn’t fair to him as a Hall of Fame player to play in a way that wasn’t good for him, wasn’t good for us. It just wasn’t a fit.”

After two misfires, it seems as though other teams were not willing to take the risk. Until now. Although he has averaged 16.8 points per game, the Trailblazers were looking for some talent to fill holes.

“I have never seen him more excited to play basketball,” Syracuse coach Jim Boeheim said by text on Friday morning. “And because of their injuries, this seems like a perfect fit.”