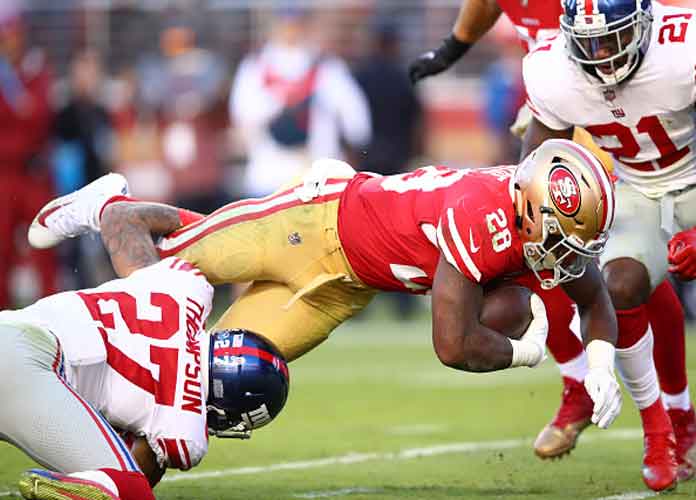 Veteran running back Carlos Hyde has reportedly agreed to a three-year deal with the Cleveland Browns.

The agreement came just before the trade deadline at 4pm EST on Wednesday, which is when the new league year begins. The contract is reportedly worth more than $15 million, including $6 million in the first year.

An old tweet from Hyde has resurfaced amid this news. In July 2011 — before he joined the NFL — the former San Francisco 49ers player ripped into the Cleveland Sports scene:

It is uncertain which specific sports-related news led Hyde to tweet this (it may have been one relating to the Cleveland Indians of MLB, as baseball is one of the only major sports that is played in July), although if the running back was referring to the Browns, it seems like an accurate remark given the team’s performance during that time.

The Indians have since reached a World Series and the Cavaliers won an NBA Championship (both in 2016).

The 49ers selected Hyde, 27, as a second-round draft pick in 2014 out of Ohio State. In 2017, he played a full 16-game season with the Niners for the first time in his NFL career, and his 59 receptions and 350 receiving yards were more than he finished with in his previous three years combined (50 receptions for 284 yards). Hyde thus gained a career-high 1,288 yards from scrimmage. Hyde’s 3.9 yards per carry in 2017 were a career low.

There is also speculation that Hyde’s arrival may spell the end of Isaiah Crowell’s tenure with the Browns.

Hyde’s agreement with Cleveland does not eliminate former Penn State running back Saquon Barkley from the Browns’ draft board, per league sources. Barkley impressed at this year’s scouting combine.