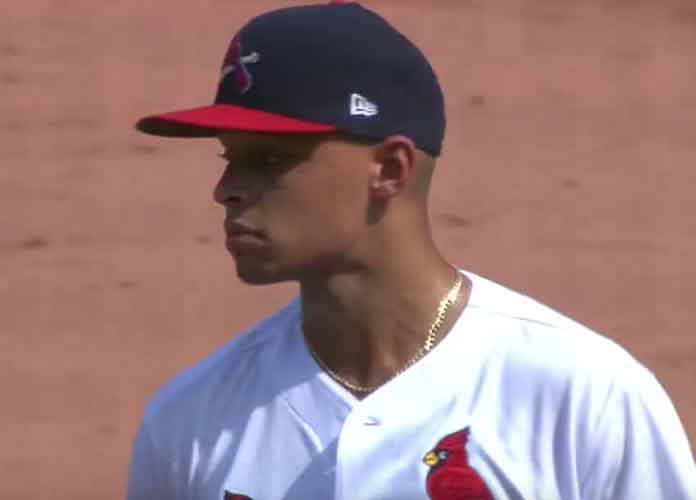 St. Louis Cardinals rookie Jordan Hicks was on fire in Sunday’s 5-1 home victory over the Philadelphia Phillies, after he threw five of the fastest pitches of 2018 in the ninth inning.

The 21-year-old right-hander tossed two 105-mph pitches on Sunday to become the first ace to throw several balls at that speed in the same outing over the last 10 seasons, according to ESPN. Odubel Herrera was on the receiving end of those two pitches.

Hicks also threw two 104-mph pitches and one 103-mph pitch against the Phillies. Those were all the fastest pitches thrown this year, according to Statcast.

Per ESPN Stats & Information, New York Yankees closer Aroldis Chapman is the only other ace to pitch 105 mph two or more times in a game.

Hicks is 2-1 with a 2.05 ERA, and has logged nine strikeouts in 22 innings. Before him, another Cardinals rookie also put on an impressive display. Pitcher Jack Flaherty retired the first nine batters he faced over the course of three innings, and even had four consecutive strikeouts. Rhys Hoskins scored the Phillies’ only home run with one out in the fourth inning.

Hicks replaced Flaherty in the eighth and kept Philadelphia scoreless until the end of the game. The Cardinals won two of their four games against the Phillies at Busch Stadium.