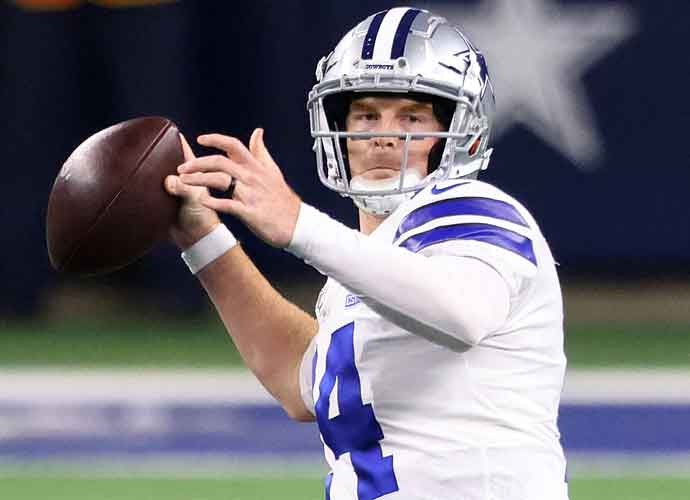 ARLINGTON, TEXAS - OCTOBER 19: Andy Dalton #14 of the Dallas Cowboys throws against the Arizona Cardinals during the second quarter at AT&T Stadium on October 19, 2020, in Arlington, Texas.

This sad Cowboys season just keeps getting sadder. After falling flat on their faces during the first four weeks of the season where they headed into it with Super Bowl aspirations, things went from bad to worse when franchise quarterback Dak Prescott broke his ankle last week against the New York Giants. Now, it was an overarching narrative this week that the Cowboys were not in as dire of straights as it seemed. Many saw Andy Dalton as the best backup quarterback in the league and that Dallas’ immense roster talent would make up for the drop-off. They were wrong.

In their Monday Night Football matchup against the Arizona Cardinals, the Cowboys got waxed, losing 38-10, and it felt like it was worse than that. The team caught the turnover at the wrong time with Ezekel Elliot fumbling twice along with Dalton throwing two picks. “I don’t think we can use that as an excuse,” Elliott said of not having Prescott, who suffered a season-ending compound fracture and dislocated right ankle in Week 5. “I’m just going to keep saying it over and over — I started the game out with two fumbles, gave the ball away and gave them all the momentum they need to go take off. I want to say I’m sorry and this one is on me. I need to be better.”

The saddest thing was that it didn’t feel like Arizona played all that well. Kyler Murray only went 9 for 24 passing, the team just kept capitalizing on the great field position that the Cowboys were giving them. This felt like the nail in the coffin for the Cowboys 2020 season. They now sit at 2-4 and confoundingly still have a chance to win the putrid NFC East. But this wasn’t just a bad game. It felt like the team gave up.