Cam Newton To Wear #1 For The New England Patriots - uSports.org 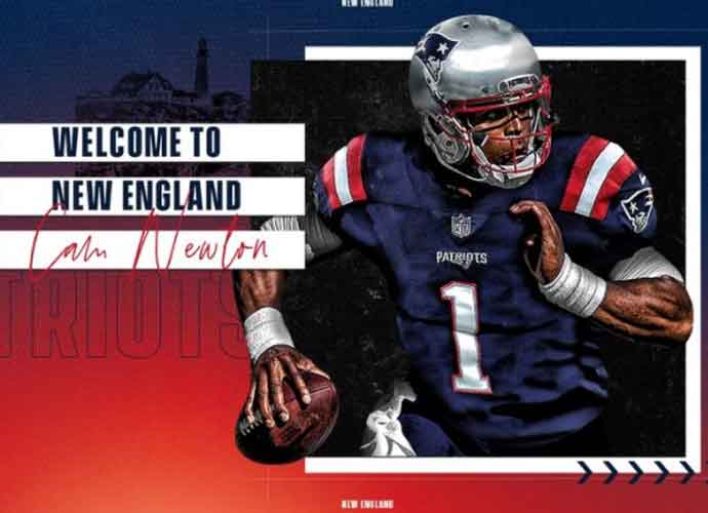 After officially signing with the New England Patriots on Wednesday, it was announced that Cam Newton will wear the same number he has worn the entirety of his NFL career: #1.

The Patriots announced the signing and the jersey reveal in a post on Twitter. Newton wore one during his nine seasons with the Carolina Panthers.

Newton will become the first player since 1987 to wear the number one for the Patriots, and fourth in franchise history.

Upon the announcement that the signing would happen, people thought that it was an interesting marriage between Newton, who has a reputation of being loud and flamboyant, and head coach Bill Belichick, whose reputation has been no nonsense, always focused on the task. Marshall Newhouse, while speaking on SiriusXM’s Late Hits show, commented on the relationship between the two, as he has worked with both Newton and Belichick. “Some people who are just uncomfortable with a guy as strong in personality as Cam might see that as something that could cause friction, but people who are secure and understand what it takes to play in the NFL — both Bill Belichick and [offensive coordinator] Josh McDaniels as a staff and Cam Newton as a guy who has matured and competed and grown so much over the years — to those guys, none of this matters.”

According to reports, Newton will not be handed the starting job and will have to compete with second-year quarterback Jarrett Stidham and NFL journeyman Brian Hoyer.