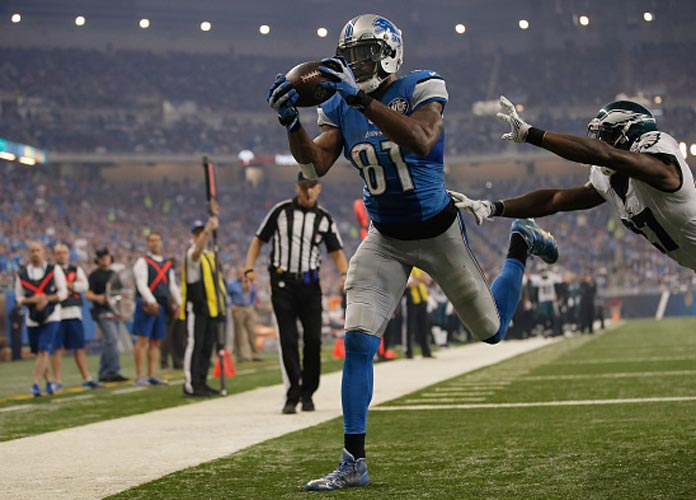 Calvin Johnson was inducted into the Pro Football Hall of Fame this year after a historic nine-year career with the Detroit Lions (2007-2015). Yet, the former All-Pro wide receiver will not be celebrating his accomplishments with his former franchise because of an unresolved dispute over $1.6 million.

Johnson abruptly retired in 2015 and was required to repay a $1.6 million signing bonus. The Lions, in an attempt to reimburse Johnson for those lost wages, offered him a three-year deal — $500,000 every year for making appearances and a $100,000 donation to his charity. However, this deal implies that he must work for his money. Johnson believes that he already worked for his money and that he should not have to do so again.

In a recent interview with Graham Bensinger, Johnson explained the situation. “I did my job,” he said. “I’m not saying they gotta repay me the 1.6 [million] all upfront, but they need to figure out a way to do it and not have me work for it. Because I already did the work for it.”

In Johnson’s time at the franchise, he was All-Pro four times, led the NFL in receptions and receiving yards in 2011 and 2012, and finished his career with 83 touchdowns. He was the number 2 pick overall in the 2007 NFL draft and he was, unquestionably, one of the greatest players to ever grace the field for the Lions.