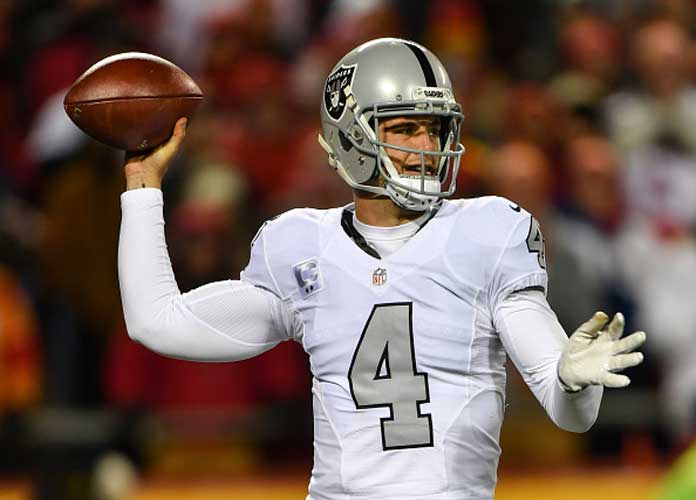 By Sitting Derek Carr, Raiders Are Waving The White Flag

The Las Vegas Raiders announced Wednesday that quarterback Derek Carr would “step away” from the team for the remainder of the season. With Carr at the helm in 15 starts in 2022, the team has earned a 6-9 record despite lofty expectations before the season. Backup quarterback Jarrett Stidham is scheduled to start Week 17.

When the Raiders acquired star wide receiver Davante Adams from the Green Bay Packers, it was a franchise-defining move for a team that always seemed to have potential. After reaching the playoffs in 2021, many analysts speculated that Adams was exactly what Carr would need to lead Las Vegas to a potential championship.

In some weeks, the team has lived up to those expectations. Adams has intermittently shone as the team’s top receiver while Josh Jacobs has improved dramatically to become one of the best running backs in the league. Las Vegas has defeated the Chargers and Seahawks, teams with legitimate playoff hopes, while contending with Super Bowl contenders like the Chiefs and 49ers.

But there have been inexcusable setbacks along the way too. They suffered a defeat to the lowly Colts in interim head coach Jeff Saturday’s debut in Week 10. Saturday hasn’t won a game since. Then, they lost again in shocking fashion in Week 14, giving up two late touchdowns to the Los Angeles Rams led by emergency quarterback Baker Mayfield.

The team’s erratic performance over the course of this season is not entirely due to Carr’s play, as head coach Josh McDaniels and the team’s subpar defense can also take part of the blame. But the fact remains that Carr has been painfully average despite excellent offensive contributors around him — he currently ranks 11th in passing yards, eighth in touchdowns and 24th in quarterback rating. He leads the league in interceptions with 14.

Stidham is a former Patriots backup quarterback that has shown glimmers of promise over the course of his career, but the decision to put him in for Carr is not a hopeful one. This is a matter of self-preservation for Las Vegas — a white flag as the team limps to the off-season.

Even then, things may not improve immediately, as the team will enter the 2023 NFL Draft without the first and second round picks it gave to the Packers for Adams. Earlier this year, Carr signed a three-year, $120 million extension, virtually ensuring his presence on the Raiders’ roster for the foreseeable future.