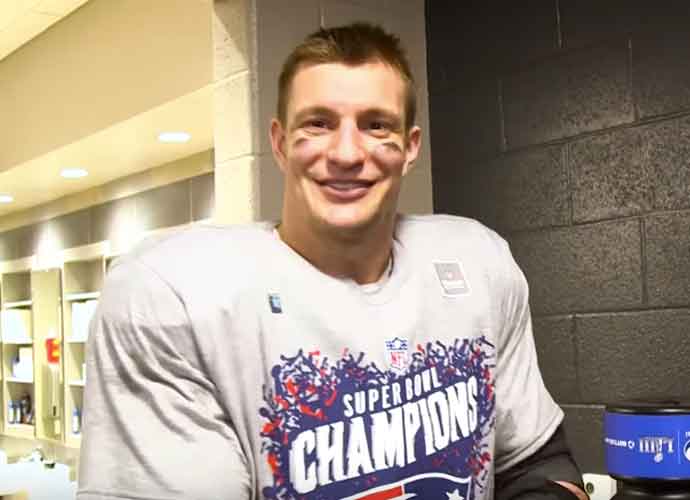 Gronkowski retired from football 13 months ago and had signed a contract with the WWE in March leading to a Wrestlemania appearance that saw the 30-year-old win the 24/7 title on April 5. Less than a month after, it’s clear now that “Gronk” and his boisterous personality couldn’t stay away from football forever as the Patriots agreed on a trade to send him to the Buccaneers in exchange for a fourth round pick. Tampa Bay will also receive a seventh round pick.

“He tells me he feels fantastic, the best he’s ever felt,” Gronkowski’s agent Drew Rosenhaus said. “His weight’s back up to 260. He passed his physical with flying colors today. He’s just really excited about playing football again, and being in Florida is exciting for him.”

Gronk confirmed the news in a text to Fox Sports. “I’m back. I always said when I have that feeling and it feels right, I will be ready to take the field again. And I have that feeling. I’m ready.” The three-time Super Bowl champion turns 31 in May and has one year left on his contract that is worth $9 million.

Bucs’ general manager Jason Licht announced the news on the team’s website Tuesday, praising Gronkowski’s work ethic. “Rob Gronkowski is one of the best tight ends in NFL history and he plays the game with the type of passion and desire that sets him apart,” Licht said in a statement. “Rob has played his entire career alongside Tom Brady, and their accomplishments speak for themselves. Together they have developed the type of chemistry on and off the field that is crucial to success.”

According to ESPN, a league source told Adam Schefter that Gronk would only come out of retirement if he could land in Tampa Bay. Rosenhaus later mentioned that Gronk’s decision to join the Buccaneers was directly related to his good relationship with Brady. While appearing on SportsCenter, Rosenhaus said “playing with Tom Brady obviously is huge.”

In regard to his nine years spent in New England, Rosenhaus said of Gronkowski, “He loves New England. He loves the Patriots organization, coach [Bill] Belichick, the Krafts, his teammates that are still there. He had an amazing run in New England. It was just time for him to continue his career with Tom Brady in Florida, with Tampa. It was something cool and exciting and challenging to him. He’s well-rested and looking forward to playing with Tom again.”

Consistently ranked among the best tight ends in the NFL, Gronkowski has compiled 521 catches, 79 touchdowns and 7,861 receiving yards in 115 career games.

Antonio Brown Accuses Bucs Of ‘Ongoing Cover-Up’ – Then Gets Released