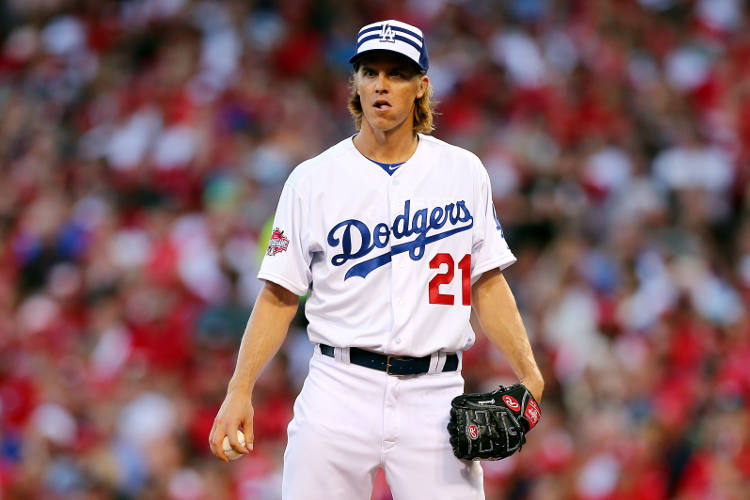 during the 86th MLB All-Star Game at the Great American Ball Park on July 14, 2015 in Cincinnati, Ohio.

I remember a time when Zack Greinke allowed a run — it was a long time ago, in a galaxy far far away, on June 13, to be precise. This Sunday, he pushed his winning streak to 43 2/3 scoreless innings against the Nationals, a feat that no pitcher has done since Orel Hershiser threw 59 back to back zeros in 1988.

But everyone is a critic, and for Greinke, his most recent one is the Washington National’s Outfielder, Bryce Harper. This shouldn’t come as a surprise, being that Harper’s team was victim to Greinke’s eight scoreless with 11 strikeouts in the blowout 5-0 Dodgers win. Harper, who is currently 0.546 SLG, went 0 for 3 with two strikeouts and a walk and voiced his opinion after the game.

Greinke, who is only 79 points behind the second best Max Scherzer, enters the season’s second half as the clear favorite for the Cy Young award in the National League. With 1.30 ERA, a 0.82 WHIP and a 117/21 K/BB ratio in 121 1/3 innings at 9-2 this season, I think we already know who the winning is going to be.