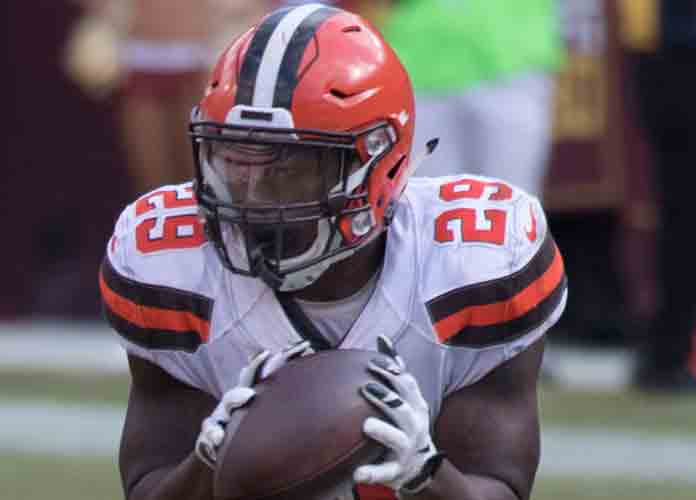 The Cleveland Browns look like serious Super Bowl contenders for this upcoming season. With QB Baker Mayfield earning the starting job halfway through his rookie season, he’s proven himself as the doable leader to conduct this Browns team forward. Former head coach Hue Jackson was fired back in October and the team hired within the staff to appoint defensive coordinator Gregg Williams as head coach to finish out the season. After losing in the playoffs, the Browns hired Freddie Kitchens as the new head coach. General Manager John Dorsey has put his chips all in for this upcoming season, with the signings of former Kansas City Chiefs RB Kareem Hunt, and trading for All-Pro superstar WR Odell Beckham Jr.

Hunt has an eight game suspension to serve at the beginning of the regular season after an abuse altercation with his girlfriend. The Chiefs released the RB after a video from the hotel that proved as evidence back in November. The Browns pounced on the free agent in February, but has a suspension to serve after violating the league’s conduct policy. With Hunt missing half of the season, Duke Johnson and Nick Chubb will have to pick up the tough workload that comes with being a running back in the NFL. But during the first day of minicamp, Johnson revealed he has requested for a trade.

Johnson unveiled that Dorsey placed him on the trading block earlier this offseason, shopping for options to improve the team in other categories.

“I want to be somewhere I am wanted. I think at the end of the day that is all this is about is about being somewhere you are wanted,” Johnson said, according to Cleveland.com. “Nothing has changed. The only difference between last week and this week is this is mandatory, and I am here.”

Johnson was a third-round pick back in 2015 and has rushed for over 1200 yards in his four seasons with the Browns. Chubb had an outstanding rookie year last season and took over the starting role, setting the franchise record for most yards by a rookie.

Reporters asked Mayfield what the locker room situation is like with Johnson revealing he wants to be traded. “It’s not awkward, it’s self-inflicted,” Mayfield said, according to ESPN. “It’s not awkward for anyone else in this building. He’s got to do his job. He said he’s a professional. I hope he does his job.”