Brooks Koepka & Webb Simpson Drop Out Of Travelers Championship Due To COVID-19 - uSports.org 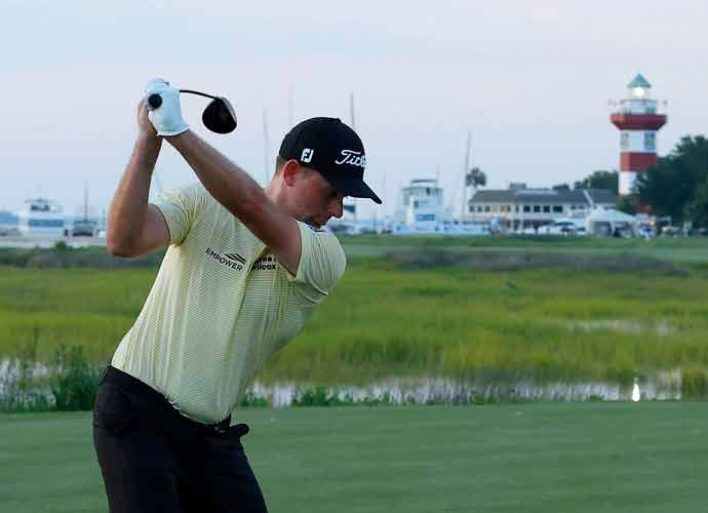 HILTON HEAD ISLAND, SOUTH CAROLINA - JUNE 21: Webb Simpson of the United States plays his shot from the 18th tee during the final round of the RBC Heritage on June 21, 2020 at Harbour Town Golf Links in Hilton Head Island, South Carolina.

With the return of golf this past month, many on the PGA tour are at risk of being exposed to the virus. The fear of contracting the virus has gotten to Brooks Koepka and Webb Simpson who are ranked No. 4 and No. 5 in the world respectively. Both golfers have withdrawn form the 2020 Travelers Championship for precautionary reasons.

Koepka made the decision to withdraw after his caddie, Ricky Elliot, tested positive, while Simpson dropped out after finding out of a positive test in his family. Both have been tested for COVID-19 and both tests came back negative.

Koepka said in a statement that he is taking the virus very seriously so he can protect fellow members of the Tour. “The right thing to do right now is get home, support Ricky and feel confident that I’m doing what I can protecting my fellow Tour members, my PGA Tour friends and everyone associated with the Travelers Championship this week.” Koepka has been in close quarters with the virus lately as he, along with his brother, Chase, played a practice round with Graeme McDowell, who has also dropped out of the tournament due to his caddy, Ken Comboy, testing positive.

As for Simpson, he feels the same way Koepka does when it comes to protecting his fellow Tour members. “I feel like it is my responsibility to take care of my family and protect my peers in the field by withdrawing from the Travelers Championship,” said Simpson. He also stated that he is returning home to Charlotte to quarantine under CDC guidelines and expect to return to competition after that time.